At the turn of the twentieth century, Yiddish became the language of political organizing for Russian Jews, thanks to the flow of literature from New York. 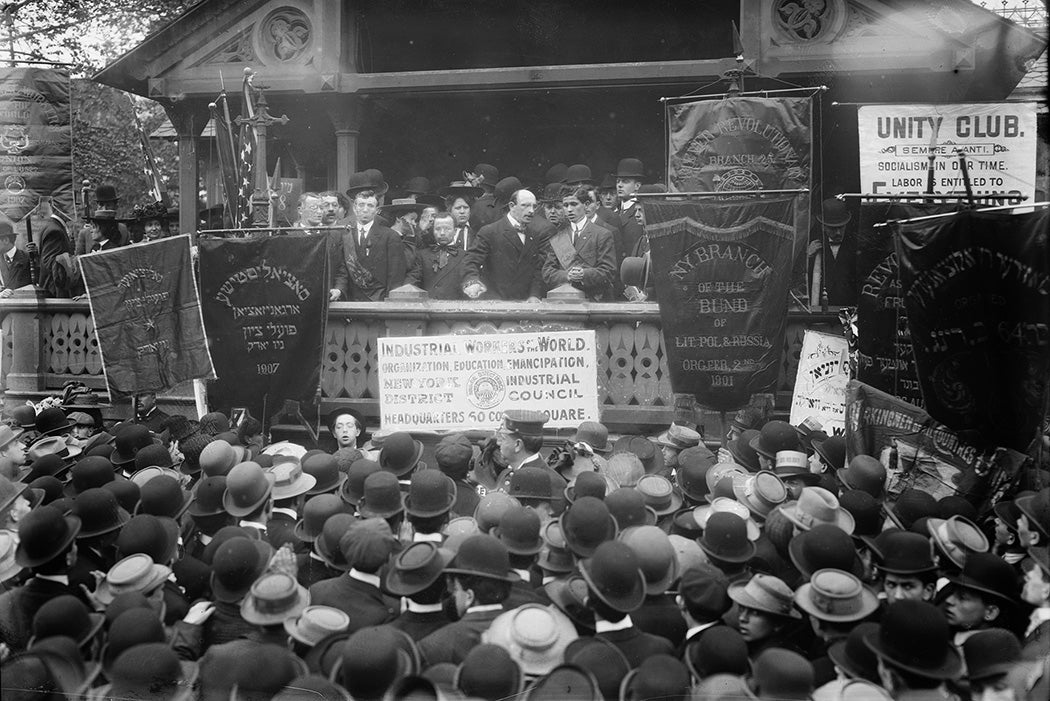 In the late 1800s and early 1900s, the Workmen’s (now Worker’s) Circle and similar groups were formed to help recently arrived Jewish New Yorkers receive the aid needed as they settled in the city, as well as fighting for workers’ rights.

Many of the new residents were fleeing pogroms in Russia, but retained ties and loyalties to their homelands. They decided to smuggle newspapers, pamphlets, and books in Yiddish to Russia, ones with ideas on how to organize for their rights on the other side of the world.

There were benefits in organizing in a language that non-Jewish people did not understand.

Jews in Eastern Europe had not always spoken Yiddish–Russian was understandably more common due to assimilation–but there were benefits in organizing in a language that non-Jewish people did not understand.

“Yiddish socialist literature in New York may be considered important in another respect: its sheer availability encouraged Russian Jewish revolutionaries to adopt Yiddish in the first place,” Michels explains on this shift.

The switch from Russian and other languages to Yiddish was also a tactical advantage for organizing. The growing solidarity between Jewish socialists in Eastern Europe also led to the rise of Bundism, a non-Zionist Jewish movement and political party.

“Jewish Social Democrats in Bialystok, Minsk, Odessa, Warsaw, and other cities established local Yiddish-speaking workers’ organizations that would, in 1897, unite to create the Bund, the first Jewish political party in Russia.”

From 1897 to 1903, the Bund’s membership grew to around 30,000. Similar to challenges today to get outside information into Russia, Jewish New Yorkers and those in Western Europe had to find ways to sneak information into this area of the world.

Russian Jewish students studying abroad in countries like Switzerland and Germany would receive materials and smuggle them back home when they could.

“School holidays and Jewish holidays, such as Passover, provided opportune times to transport materials back home,” Michels explains. “Smugglers would often strap contraband to their bodies or hide it under false bottoms inside their suitcases.”

New York Jews’ involvement in sending this socialist literature abroad could also be indicative of their later commitment to aiding with both Soviet reconstruction efforts and the resettlement of Russian Jews into the United States.

“Looking back, then, the export of Yiddish socialist literature from New York to Russia may be seen as the beginning of more extensive efforts to aid the Russian revolutionary movement,” Michels writes. “The interplay between Jewish socialists on both sides of the Atlantic expanded into ties with the larger Russian revolutionary movement and, after the Bolshevik seizure of power, Soviet Russia itself.” 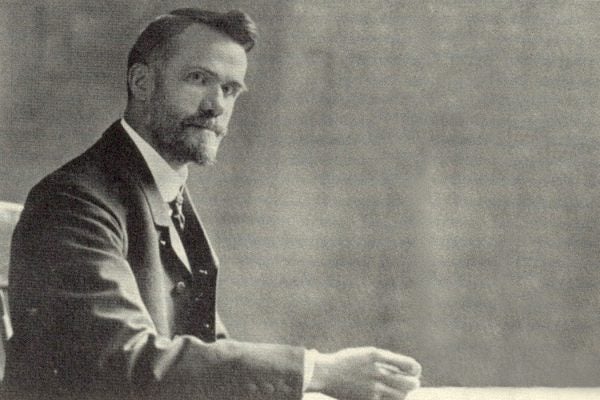 At the turn of the twentieth century, American Christian evangelicals, led by Pastor Walter Rauschenbusch, were at the forefront of socialism.