The Long Prelude to the Fight for 15

Arguments in support of the minimum wage over the last century have ranged from social justice to increased worker efficiency. 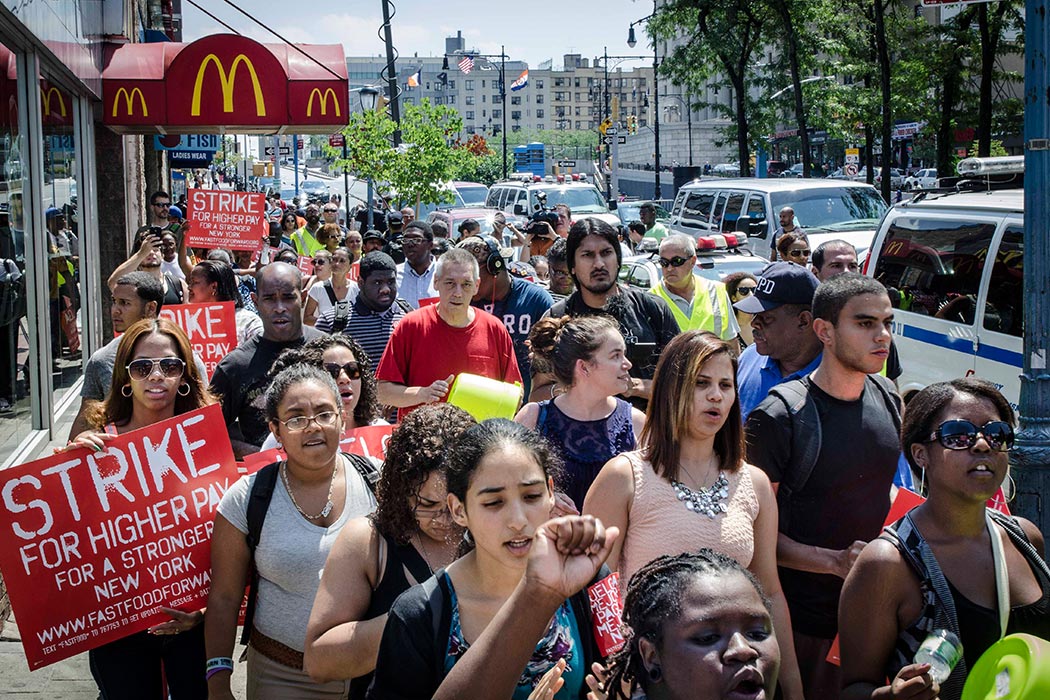 After persistent workers’ protests, California and New York State have committed to $15 minimum wages. The Fight for 15 campaign has made its appeal largely on the ground of social justice: the idea that no one who works hard should live in poverty. To some opponents, that seems too simplistic, and ignores concerns about companies’ ability to hire workers at higher wages. But, as Oren M. Levin-Waldman pointed out in a 2000 paper, there are a lot of other arguments—some more appealing than others by today’s standards—that have been made for the minimum wage over the past century. Here’s a sampling:

1. It promotes efficiency. Early in the twentieth century some economists argued that decently paid workers would be able to sustain themselves better and have higher morale, so they would work harder. Employers would be forced to seek out the best workers, and the people left unemployed would be the least productive workers. During the Great Depression, President Franklin Roosevelt made a similar argument, particularly focused on Southern states. He argued that setting a wage floor would push Southern industrialists to adopt modern methods, using highly skilled workers. (Some Southerners shot back that a minimum wage was actually a ploy to protect Northern industry from competition.)

2. It fights wage slavery. When the United States industrialized, and workers went from farming or home-based production to working in factories for a wage, it was a blow to the identities of working men. Low-wage workers were so deeply under the power of their employers that they were seen as dependents, like women and children, rather than like free men. Workers and their unions sought a minimum wage as a way to make waged labor respectable.

3. It protects women. For the U.S. legal system in the early twentieth century, minimum wage laws violated citizens’ rights to freely negotiate terms of employment. But women weren’t exactly full citizens, and a 1908 case established that they could be given the special legal protection of a minimum wage. To many unions and reformers, a wage floor for women was a way to defend a gendered moral code. It discouraged employers from hiring female workers to undercut male wages, while also providing women who absolutely had to work with enough money that they wouldn’t have to resort to doing sex work. In 1923, after women won the right to vote, the Supreme Court ruled against minimum wages for women, arguing that they’d become more like men in legal terms.

4. It promotes prosperity. Progressive-era businessman Edward Filene, and later the Roosevelt administration, argued that a company that was unable to pay a living wage might be better off going out of business. Employers played a legitimate role in the economy only if they paid enough that their workers could serve as a consumer base for other firms.

While some of these arguments now have a distinctly archaic feel to them, as the Fight for 15 continues around the nation, that last one may be something we’ll hear a lot more about. 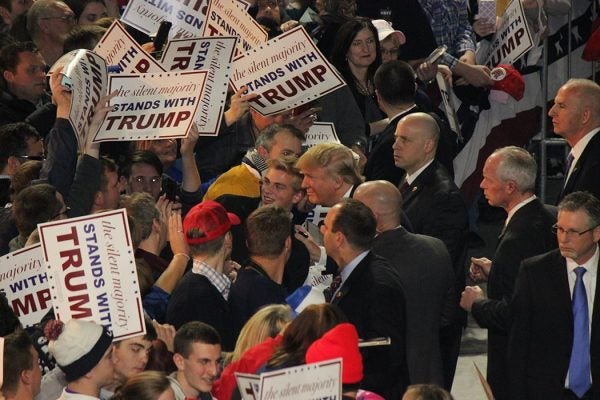