Black women shopped at department store counters, but they weren’t welcome to work where they spent their money. 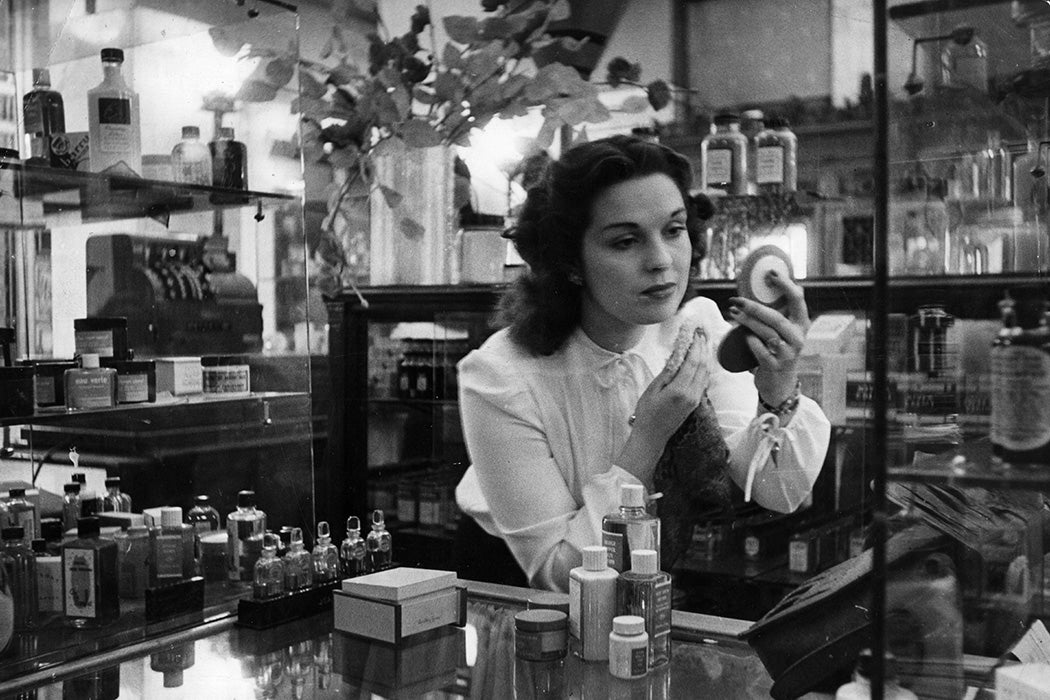 A sales assistant at the perfume counter of a department store, 1946
Getty
By: Erin Blakemore
3 minutes
Share Tweet Email Print

In the heady years after World War II, downtown Philadelphia’s department stores were prosperous palaces, symbols of personal affluence and consumer might. But though faces of all colors mingled at their counters, only white women worked at them. Then, civil rights advocates tried to integrate them—and, as Patricia Cooper documents, their efforts illustrate the limitations of persuasive attempts to overcome systemic racial discrimination.

The NAACP, Black employment agency the Armstrong Association, and other groups had tried to get employers to end their segregated practices for years, but Black Philadelphians had few high-paying employment opportunities and were segregated into menial tasks. Though the city had been a Great Migration magnet and Black customers shopped freely in department stores, Cooper writes, “Visitors downtown never encountered a black store clerk, bank teller, insurance agent, waiter or waitress,” and Black workers had few chances to advance.

By the late 1940s, writes Cooper, “racialized behavior codes were beginning to creak, if not shift” due to some white Americans’ newfound discomfort with racial disparities. A massive coalition of civil rights organizations had already pushed for integration in transportation employment in Philadelphia, and won despite a sickout “hate strike” that hamstrung war production efforts in the city. But efforts to expand hiring of Black workers had reached a legislative brick wall. So reformers turned toward persuasion as an interim tool, and decided to focus their efforts on convincing white employers to hire Black women clerks in department stores.

Members of the Committee on Fair Employment Practices in Department Stores, founded in 1945, believed they could end discrimination by convincing white store owners that “they would not have to give up anything to become race-blind in their hiring practices.” But despite protracted negotiations, store owners and managers at places like Wanamaker’s, Strawbridge, and Gimbel Brothers insisted that hiring Black clerks would alienate their white clientele. When the committee sent out Black test applicants to see if its talks had softened attitudes, they too hit a brick wall.

Next, the committee tried to get customers involved, distributing stickers reading “I should like to see qualified Negroes included in your sales force” to white customers to put on their bill payments, and organizing a massive petition drive and letter-writing campaign. But stores still did not change their policies.

Why the resistance, even when a law seemed imminent? Cooper points to several possible answers, from a perception that Black clerks would mar stores’ veneer of exclusivity, to white store owners’ inability or unwillingness to imagine Black women “touching and selling the fine products they associated with being white and middle-class.”

Only a law forced Philadelphia’s consumer paradises to employ Black clerks, and Cooper believes merchants may have been hesitant to empower the “strong, visible, and concerted” interracial coalition behind the committee by yielding to its requests. It would take more than increasing “the number of black faces in a workplace” to counter the pernicious discrimination that was a matter of course in white, midcentury institutions, she writes—and “the force of law now seemed necessary to make any changes, however meager.”

The Limits of Persuasion: Race Reformers and the Department Store Campaign in Philadelphia, 1945-1948
By: Patricia Cooper
The Pennsylvania Magazine of History and Biography, Vol. 126, No. 1 (Jan., 2002), pp. 97-126
University of Pennsylvania Press