The Drag Aesthetic of Langston Hughes

Langston Hughes’ poetry was influenced by the drag scene in 1920s Harlem. 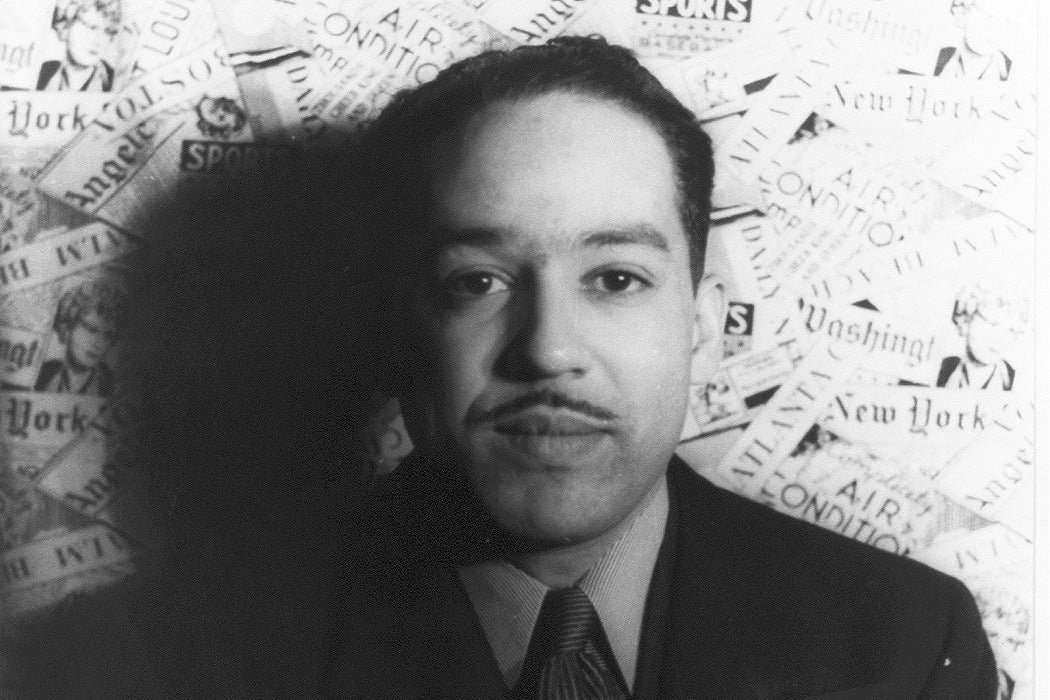 How would you describe Langston Hughes? He’s been referred to as the Harlem Renaissance’s greatest poet, a creative powerhouse who was, at one point in his career, “critically, the most abused poet in America.” But for Sam See, Hughes was something more than a jazz poet—he was a drag poet, too.

See tracks the ways in which Hughes documented and responded to Harlem’s teeming drag culture in the 1920s. As a gay man, Hughes took part in Harlem’s spectacular drag balls, places where all races, genders, and social classes mixed in “the safest and most visible space in which queers could…[convene and cross].” Hughes saw Harlem culture itself as an extended show with “poems that perform in drag.”

A scholar finds affinities between both drag and the blues forms Hughes chose for his groundbreaking poems.

For Hughes, the word “drag” had multiple meanings: it described the ways in which his poems’ narrators could be of any gender or race; it referred to the ways in which racism “dragged” down the progress of Hughes and his peers. In poems like “Cross,” Hughes explored issues not just of racial mixing but of “crossing” boundaries of gender and class. “The primitive drag of the blues, which Hughes thought the most modern and urban of black art forms,” writes See, “offered him the means of social protest as well as the formal and effective means to claim a voice in modernism.”

See finds affinities between both drag and the blues forms Hughes chose for his groundbreaking poems. Not only was blues considered “socially degenerate,” like drag performers and cross-dressers, but blues performers like Ma Rainey and Bessie Smith both engaged in homosexual relationships and sang songs with queer content like the “Sissy Man Blues.” Much like drag, which relied on a camp aesthetic, blues embodied both laughter and tears.

Ultimately, Hughes translated all of his complex identities, affinities, and uncertainties into poetry. “Hughes’s poems perform to disrupt racist and homophobic understandings of nature” concludes See, “and they literally perform Hughes’s vision of an embodied queer Negro nature.”