The Dorr Rebellion for Voting Rights

In 1842, an attempt to enfranchise all men in Rhode Island resulted in two governors, two constitutions and what we now know as the Dorr Rebellion. 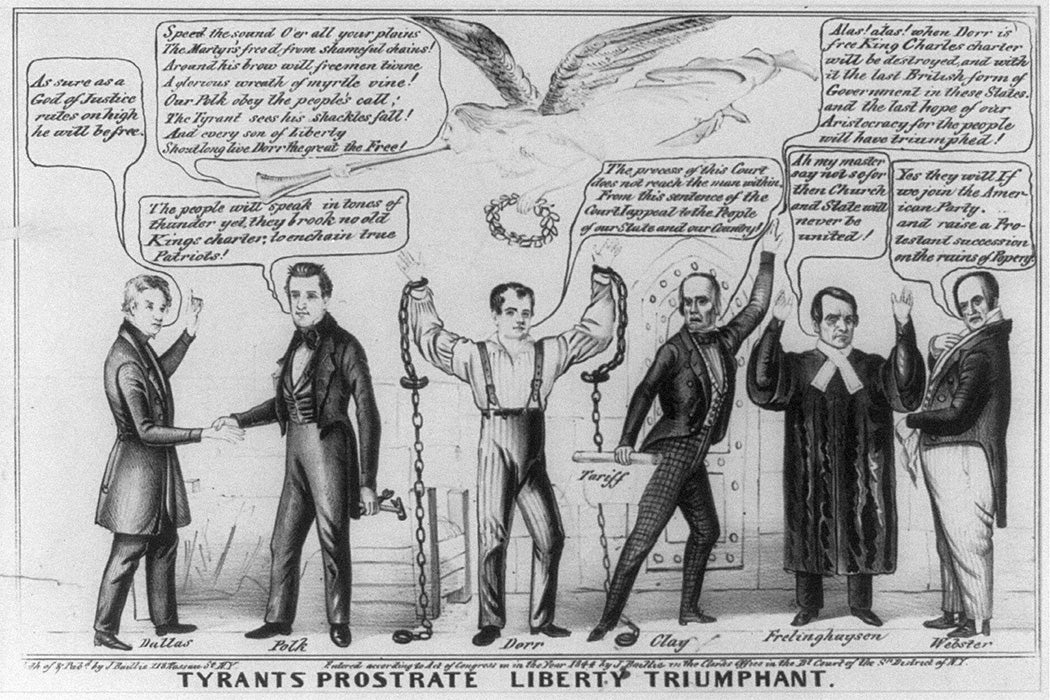 A polemic applauding Democratic support of the Dorrite cause in Rhode Island, 1844
via Wikimedia Commons
By: Matthew Wills
3 minutes
Share Tweet Email Print

The Dorr Rebellion may not be remembered outside of Rhode Island, but in 1842 it was a national crisis of divisions over suffrage, abolition, and the very meaning of republican democracy. Nearly two decades before the Civil War, Rhode Island almost had its own civil war as two different factions, two different governors, and two different constitutions faced off against each other. Scholar Erik J. Chaput explores the “profound constitutional questions about the location and nature of sovereignty” in this struggle over expanding voting rights.

“Events in the Union’s smallest state reverberated throughout the halls and backrooms of Congress as the nation’s politicians tried to sort out the meaning of freedom.”

Into the 1840s, Rhode Island operated under a colonial charter dating to 1663. Only men who owned real estate valued at $134 (roughly $4,300 today) could vote—after 1822, this no longer included the handful of Black men who met the property requirement.

Thomas Dorr emerged as the leader of the Rhode Island Suffrage Party, even though he was a scion of one of the state’s most privileged families.

At the time of the American Revolution, Rhode Island had been unusually liberal: 80% of white male citizens were enfranchised. But early nineteenth century immigration increased the state’s population, and many of the newcomers were city-dwellers, who rented their homes. Owning no real estate, they had no voting rights. In addition, they were often Irish Catholics, and as such disdained by the state’s elites. By 1840, the proportion of white men who could vote had shrunk to 40%.

Thomas Dorr emerged as the leader of the Rhode Island Suffrage Party, even though he was a scion of one of the state’s most privileged families. Reformist and abolitionist in sympathy, he supported manhood suffrage in Jacksonian style. He differed from most Jacksonians, however, in wanting voting rights for Black men as well. His party’s constitution, however, ended up demanding voting rights for only “all white adult male citizens.”

The Suffrage Party’s constitution passed in December, 1841, in an unofficial vote at a “People’s Convention.” Dorr was elected and then sworn in as the people’s governor in May, 1842. All of this was unofficial, even illegal.

By arguing that Dorrites would redistribute wealth and let immigrants take over the state, incumbent Governor Samuel Ward King undercut support for the Suffrage Party. And, indeed, the Dorrites were easily swept away by the charter government’s militia, which included about two hundred Black Rhode Islanders. Dorr became the first person convicted of treason against one of the states, and was released from prison in 1845 under a new administration (John Brown would be the second.)

Although very much a Rhode Island drama, the events were nationalized by various parties. Southern slaveholders feared Dorr’s majoritarian ideology of people’s sovereignty because they thought that “people” could include Black people, even though it specifically didn’t in Rhode Island.

Meanwhile, abolitionists, feeling betrayed by the Suffrage Party, hoped for a federal intervention that would set a precedent for future Presidents to intervene in the slave states. Dorr himself wanted federal help, but didn’t think he’d get it from President John Tyler, a slaveholder accidentally elevated to the White House by the death of William Henry Harrison (he didn’t.)

The Dorr Rebellion wasn’t particularly violent, even in being suppressed. But the old charter government got the message and realized something had to change. A new constitution was quickly written in late 1842. It got rid of the real estate requirement, but still required $134 in personal property. Dorrites boycotted the vote on this constitution. Further expansion of the franchise would come.

Meanwhile a separate referendum, also in 1842, made Rhode Island, Chaput writes, “the only state in the Union to re-enfranchise blacks after having deprived them of their rights.”

Half the state’s population, meanwhile, had to wait until 1920 for full voting rights, with the 19th Amendment to the U.S. Constitution. 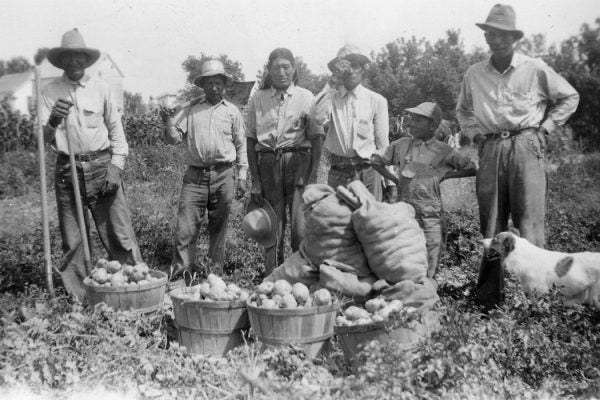