The Birth of a Nation—1915’s blockbuster hit and the most popular movie of its day—was released 100 years ago this month. 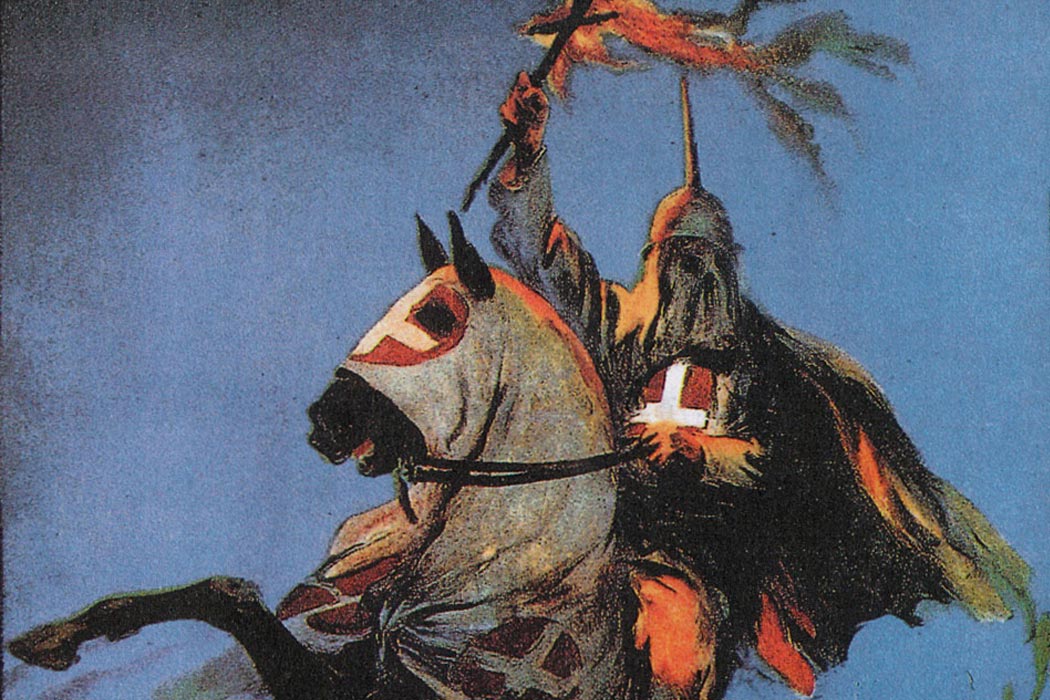 The Birth of a Nation—1915’s blockbuster hit and the most popular movie of its day—was released 100 years ago this month. It’s just as shocking now as it was then. In one scene, a ­room filled with empty desks flickers, and then, thanks to a bit of movie magic, fills with black men who’ve been elected to the state legislature. They conduct their business with the decorum of a pack of wolves. One takes a swig from a bottle with a gesture as obvious as a stage whisper. They mill and laugh and talk among themselves. One man takes off his boot, resting his foot on the desk, but replaces it when he is told that all legislators must wear shoes. Another makes a motion: shall all white people salute black officers in the street? The men raise their fists in heated support. Representatives cheer, dance, and eat fried chicken as they pass a bill permitting the intermarriage of blacks and whites.

We can’t hear what’s going on—The Birth of a Nation is a silent film—but the scene is identified as: “AN HISTORICAL FACSIMILE of the State House of Representatives of South Carolina as it was in 1870.”

A pseudohistorical spectacle so compelling that it commanded an entire average day’s wages as admission, D. W. Griffith’s epic film attracted long lines of excited would-be viewers. And it astonished them.

In it, action-packed battles alternate with poignant love scenes. Revolutionary camera work ratchets up the tension. Detailed reenactments thrust viewers into the world of the Civil War and Reconstruction. Even the film’s length (a whopping 12 reels, two times longer than the average movie of its day at just over three hours) challenges and stirs its audiences.

“It is like writing history with lightning—and my only regret is that it is all so terribly true,” President Wilson is supposed to have said after a private viewing. Wilson wasn’t the only critic enraptured by Griffith’s masterpiece. “A great epoch in picture making,” crowed Variety. Others were just as enthusiastic: the New York Globe called The Birth of a Nation “beyond doubt the most extraordinary picture that has been seen” or made in America so far. The New York American described it as a film that hit its viewers with the emotional and intellectual “force of a whirlwind.”

But not everyone was thrilled by the film. In fact, its popularity was offset by horror for some—horror that the most groundbreaking film of its time was at once seductively watchable and virulently racist. As Paul Polgar explains in “Fighting Lightning with Fire: Black Boston’s Battle Against The Birth of a Nation,” the film was the target of a “comprehensive national movement” characterized by protest, censorship attempts, and even a full-blown riot.

To a modern audience steeped in First Amendment politics, the attempts of the NAACP and other allies to suppress The Birth of a Nation may seem incomprehensible. But their efforts make more sense considering its historical context. For one thing, the movie that became The Birth of a Nation was initially entitled The Clansman. It is the film adaptation of Thomas Dixon, Jr.’s The Clansman: An Historical Romance of the Ku Klux Klan, a novel turned controversial play. In “The Clansman on Stage and Screen: North Carolina Reacts,” John C. Inscoe tells the story of Dixon’s speeches during the play’s national tour:

In order to make sure that no playgoer missed his point, Dixon himself traveled with the touring company and usually made a short speech between acts. On at least one such occasion, he said in part:

My object is to teach the north… what it has never known—the awful suffering of the white man during the dreadful reconstruction period. I believe that Almighty God anointed the white men of the south by their suffering during that time immediately after the Civil War to demonstrate to the world that the white man must and shall be supreme.

Though plenty of audiences were thrilled and inspired by the film’s white supremacist message, complete with actors in blackface sexually threatening white women, others could not find the romance in the lurid “origin story” of the Klan. The film’s length was already generating buzz, but when it previewed in Riverside, California, news of its subject matter began to spread.

Anticipating public outcry, Griffith wavered between defiance and conciliation. He changed the movie’s title from The Clansman to The Birth of a Nation. He added titles that provided “context” like the one from the State House described above. And he cut a few key scenes: a slave ship, a human auction. Still, as Arthur Lennig recalls in “Myth and Fact: The Reception of The Birth of a Nation,” Griffith must have realized that his picture would be incendiary. When the film made its Los Angeles premiere on February 8, 1915, 17 policemen were on hand to watch for angry audience members.

As Griffith showed the film to the president, the National Press Club, and even members of the Supreme Court, the NAACP began to discuss how to stop the film. When the film premiered in New York, the group petitioned the New York Censorship Board, organized a letter-writing campaign, and even reached out to journalists. Though the Censorship Board demanded a few small changes, it did not cut the film’s most infamous scene.

A beautiful young woman swings a basket full of flowers. Outside lurks a black man—or rather, a white man in obvious blackface. (Claiming that there were few African American actors on the West Coast, Griffith consigned them to minor roles—and especially barred them from playing any role that came into close contact with a white female character.) The man advances on her and tells her he wants to marry her. Suspense builds as the man grabs the woman’s shoulder, obviously full of lascivious intentions. The woman breaks away and runs frantically through the forest, pursued by the hungry freedman. Rather than face rape and the disgrace of being violated by a black man, the woman leaps off the face of a large rock formation. Her lifeless body tumbles to the bottom. Soon, her would-be assailant will be lynched by an angry mob.

Black audiences reacted to this scene with protest, outcry, and even violence. In Boston, the black community responded with mass demonstrations, marches, and political pressure. But, though their lobbying and direct actions prompted Governor Walsh to create a bill appointing a Massachusetts censorship board, the board almost immediately gave The Birth of a Nation a clean bill of health. Irate and frustrated, protestors began to riot.

But blacks weren’t the only ones prompted to violence by The Birth of a Nation.

When the film premiered in Atlanta, ads appeared in the newspaper next to notices about the chartering of a revived Ku Klux Klan, who had burned a cross nearby the week before, and marched in front of the movie theater. An Indiana man supposedly shot a black man to death after seeing the film. Houston audiences screamed “Lynch him!” during a critical scene. And when W.E.B. Du Bois wrote about the movie later in life, he recalled that there were more lynchings in 1915 than there had been in the last 10 years.

Ecstatic women embrace and applaud a mob of Klansmen on horseback. A father pats his children on the head, moved by the dramatic redemption of his family. A Ku Klux Klan militia has saved the life of a woman sexually threatened by a mulatto man. Victory has been secured—for now. At the next election, black townspeople emerge from their homes only to find a long line of men in white. The men skulk back into the houses without voting.

Rife with visions of intimidation, voter suppression, and racial division, The Birth of a Nation is less a facsimile of Civil War history than of 1915 itself.

The movie’s bleak vision of a grasping, corrupt black electorate who steals votes, coerces women, and sullies the honor of white manhood is mirrored in how the film stole from, coerced, and outwitted its own audiences. For The Birth of a Nation is arguably history’s most successful failure, a film whose narrative heights are matched only by its ethical depths.

There were no Academy Awards in 1915, but if there had been, The Birth of a Nation would likely have swept every category. Griffith turned controversy into commercial success, smashing box office records and capturing the imagination of millions of viewers. But even more impressive than Griffith’s feat of cinematic alchemy was his ability to translate a legitimately concerned community response into a First Amendment fright.

Long before downloading The Interview became a de facto political statement, Griffith capitalized on public outrage by crying censorship. He ran ads and curried favor with outraged columnists who defended his artistic freedoms even as they upheld divisive images. He even used it to create and promote his next film, an epic he called Intolerance, Love’s Struggle Throughout the Ages. It was, he claimed, a response to those who would suppress free speech and threaten the role of the artist in society.

“Today, what they saw for the first time, we cannot see at all,” wrote Roger Ebert in a 2003 review of the film. “The Birth of a Nation is not a bad film because it argues for evil. Like Riefenstahl’s The Triumph of the Will [sic], it is a great film that argues for evil. To understand how it does so is to learn a great deal about film, and even something about evil.”

A 1915 audience, Ebert insists, would have viewed Griffith’s film as a pinnacle of technical achievement, not a monument to bigotry. A century later, it is impossible to view it as anything but. The Birth of a Nation may have invented a new cinematic language, but it also serves as a reminder that not all words should be spoken. 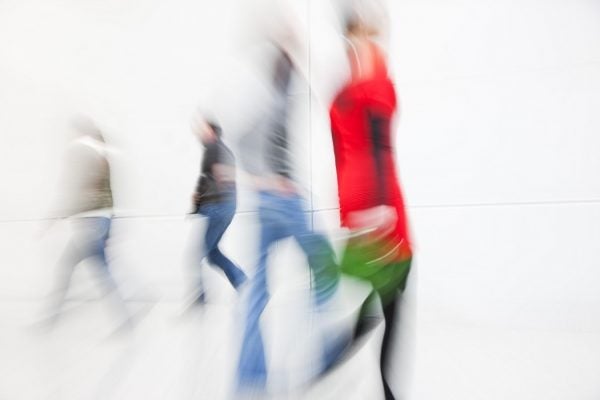 Fast fashion is a phenomenon that transcends the runway, crosses borders, and cuts across barriers of class, culture, and emerging economies