The Amazing Eyes of the Archerfish

The archerfish has an unusual skill: it spits water directly at its prey, knocking the bugs out of the sky. But how? 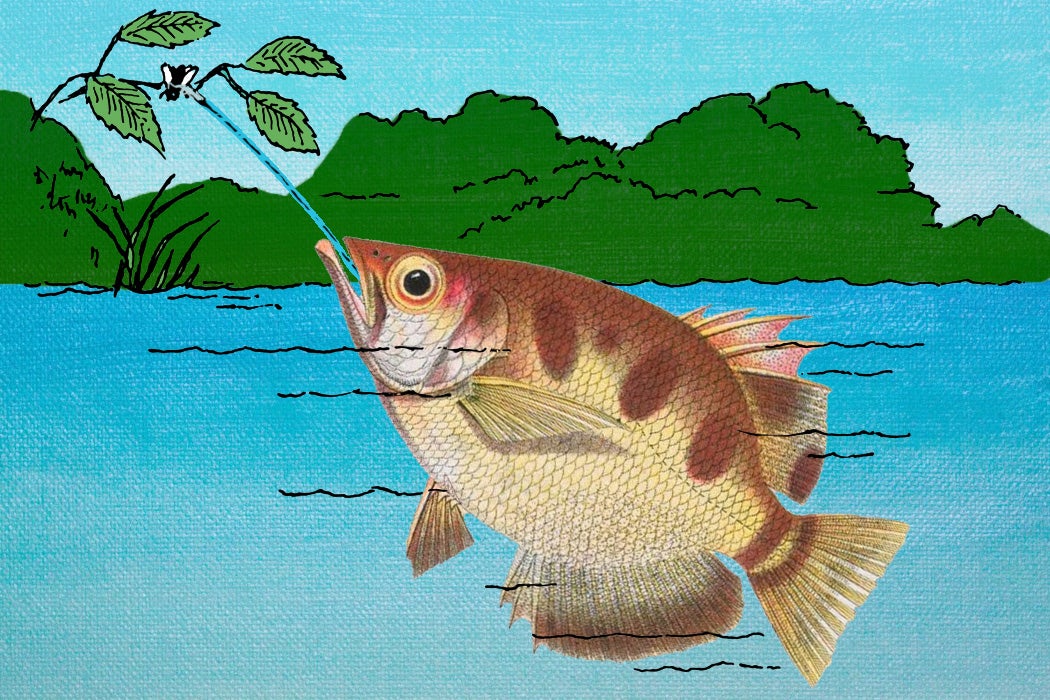 An archerfish shooting water at a bug on a hanging branch
via Wikimedia Commons
By: James MacDonald
2 minutes
Share Tweet Email Print

The archerfish inhabits shallow water across much of tropical Asia and Northern Australia. Unlike most fish, archerfish have a unique hunting method. Feeding on insects, these fish choose a target perched above the water, take aim, and then spit a jet of water at the hapless bug. If the shot strikes home, the insect falls into the water where the fish can easily capture it. These piscine water guns make it look easy, but it isn’t.

Scholar K. H. Lüling explains how such a feat is possible. After all, most fish cannot generate a spout of water. From the outside the archerfish’s mouth looks the same as any other fish’s mouth, but it has some subtle modifications. In particular, the tongue is flatter at the front and thicker towards the back of the mouth, and fits into a depression in the top of the mouth. With the tight fit, only a small funnel exists between the tongue and the top of the mouth. When it is time to shoot, the fish rapidly closes its gill covers, and water is forced through the narrow passage at high pressure. Some species can shoot seven to ten feet.

One big challenge for the fish is accurate aim.

A bigger challenge for the fish, however, is accurate aim. As biologist Lawrence M. Dill explains, the archerfish keeps its eyes under the water’s surface when it stalks prey. When light hits water, it is refracted, distorting the appearance of an object above the surface to the fish observing below. That means the fish must hunt and aim without being able to see exactly where its prey is; the fish must compensate for refraction every time in order to hit its target. Below the surface, additional senses such as smell cannot help, so the process is entirely visual.

To avoid detection, the fish cannot approach from directly below the prey where refraction is minimized. The fish must instead approach from different angles, and the angle of refraction changes depending on the position of the fish relative to its prey. Refraction also distorts the apparent distance and elevation of the prey, creating further difficulties. Nor is the archerfish water jet immune to physics; the water droplet trajectory curves with distance travels, and the fish must compensate for that with its aim. Accuracy declines with the increasing shot distance, but despite the difficulties the archerfish frequently aims accurately.

It is now known that the structure of the archerfish’s eye helps compensate for the distortion at the air/water interface. Still, their ability to compensate for all of the factors at once is one of the most impressive feats of marksmanship anywhere. 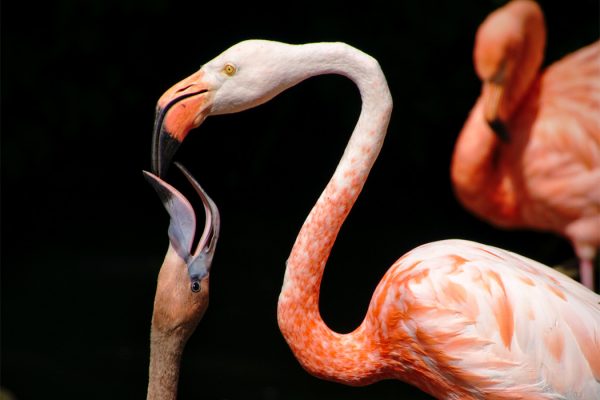 How Non-Mammals “Nurse” Their Young

Some birds feed their young with "crop milk," while discus fish feed their fry with a special mucus. It may not seem as cute as nursing, but it works.