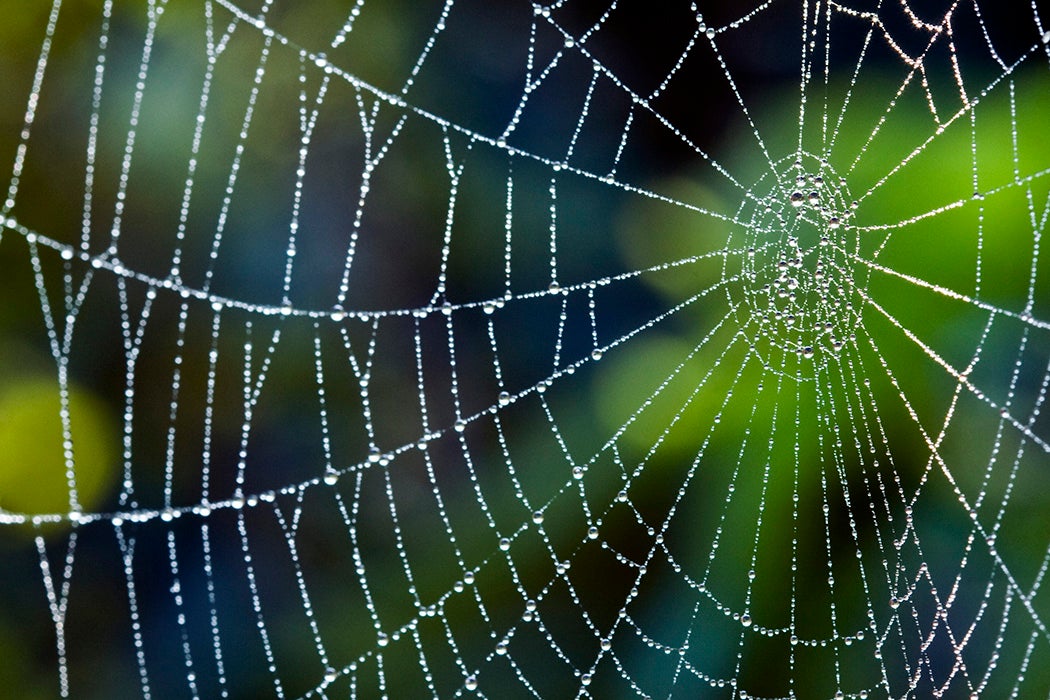 A spiderweb sparkling in the sunlight can be a truly beautiful sight, but these webs have some additional surprises. The strength-to-weight ratio of the material is remarkable, and spiders seem to be able to rig a web just about anywhere. The webs also inform the spider when there is prey trapped inside.

1. Spiders have a design sense.

Some webs are extremely intricate. Most people assume that the design is purely functional, but this is not always the case. Some spiders, particularly the large family known as orb weavers, actively decorate their webs with extra silk designs known stabilimenta. The name “stabilimenta” represents the bias of early researchers who assumed that these structures were structural, but the absence of stabilimenta in the webs of nocturnal spiders strongly suggests that these structures are designed to be seen.

The presence of deliberate structure dispels another common misperception about spiders, that they set up in a promising area of insect travel and wait to see what happens. However, many spiders seem to be far more proactive in their web building, building webs that are designed to actively attract insect prey, not just trap the unlucky.

3. Spiderwebs are shiny for a reason.

Many insects have better visual perception in UV wavelengths of light. Spiderwebs are much more reflective in UV light, possibly attracting insects. The decorations may also resemble vegetation gaps where insects are more prone to fly.

Decorations come with a risk; while they might attract more insects, they are also more visible to predators who may threaten the spiders. When you see a web with old exoskeletons and egg sacs hanging in it, it could well be the case that the spider left those on purpose as camouflage.

Overall, web size is also carefully set. Most insects caught by spiders are small; a larger web increases the odds of catching more flies. However, spiders may not be able to fully thrive and reproduce while consuming solely run-of-the-mill small insects. In a study of orb weavers, most spiders rarely caught more than 2 small insects per day. For true success, some spiders may need the occasional big score—the rare but desirable large prey (larger than the spider itself) that gets snagged in the web.

Many spiders actually replace their entire web every single day. Larger webs cost the spider more energy to produce, which really adds up with each rebuild. Large catches apparently more than offset the increased energy output.

So really, spider webs are more amazing even than they first appear. For a construction job done right, get a spider to do it. 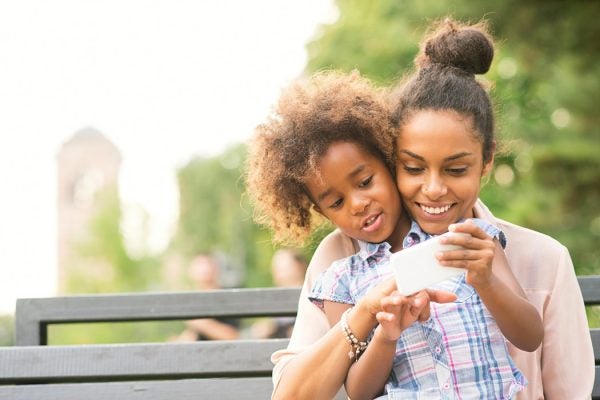 6 Ways to be a Digital Mentor to Your Kids

What’s involved in being a digital mentor? People have been asking me various version of this question in ...