Nintendo’s Mario and Homer’s Odysseus have more in common than you might think. 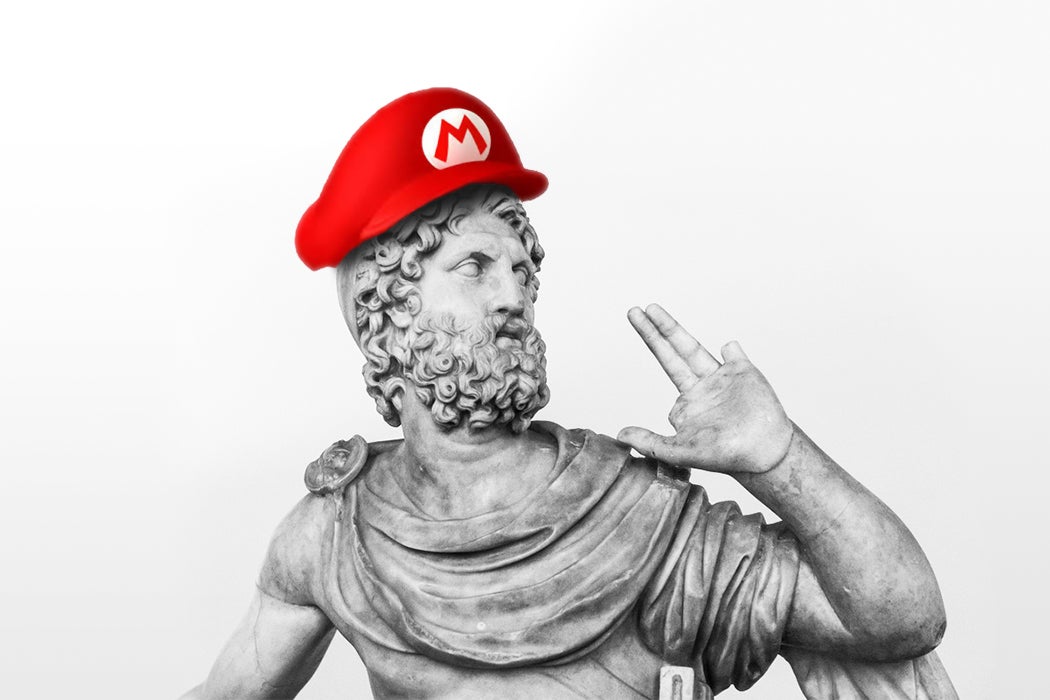 Recently, two titanic cultural forces converged: W. W. Norton & Co. published a new English translation of Homer’s Odyssey—the first by a woman—and Nintendo released the latest entry in their long-running Super Mario video game series. They have more in common than you might think. The pixelated plumber’s most recent adventure, Super Mario Odyssey, not only nods to Homer in its title but also, like its literary forebear, begins in medias res, breathlessly launching into a detour-filled picaresque through fantastic lands in pursuit of a beloved (Princess Peach instead of Penelope) whose nuptial future is endangered by malicious interlopers (an anthropomorphic turtle and his goons instead of a gaggle of leech-like suitors). Curiously, both of these narratives focus on the same questions of marriage, fidelity, and pursuit.

Admittedly, people don’t play Mario games for their stories, threadbare plots solely intended to nudge players to experiment in the game’s world. According to Sharon R. Sherman, because these narratives must be “instantly recognized and reinforced” by as many people as possible, they’ve historically appropriated stereotypes from myth and folklore to fashion quasi-universal quest narratives. Thus, the major entries in the Mario franchise all follow the same pattern: the hulking turtle king Bowser kidnaps Princess Peach, who the overall-clad hero (sometimes accompanied by his gangly brother Luigi) must then rescue.

By reversing the trajectory of Homer’s narrative, Mario’s story reveals nuptial anxieties that are far more Victorian than they are Athenian.

Before now, Bowser’s motive for his royal kidnappings—based on what can be gleaned from the slapdash plot summaries printed in old video game manuals—was a desire for political power, not sexual conquest. (These are children’s games after all.) In Super Mario Odyssey, however, Bowser kidnaps Princess Peach with the intention of marrying her, adding the specter of a sham marriage to the series’ conventional abduction plot.

This is an inversion of the plot of Homer’s Odyssey. Whereas Odysseus journeys home to reclaim his rightful place as husband, father, and landowner—thus restoring a set of legitimate relations sundered by war—Mario ventures to far-away lands to disrupt coerced, and therefore illegitimate, nuptials.

By reversing the trajectory of Homer’s narrative, Mario’s story reveals nuptial anxieties that are far more Victorian than they are Athenian. In the late nineteenth century, anthropologists in England had begun to interrogate monogamy as “only one of various human sexual possibilities.” Most famous was John Ferguson McLennan, who traced the birth of patriarchal social structures to the practice of “marriage by capture,” in which men kidnapped and married women from tribes other than their own. For nineteenth-century feminists, the hypothesis that prehistorical acts of violence against women had laid the foundation for monogamous marriage incited many to question the era’s governing assumptions about gender and civic life.

Since Super Mario Odyssey begins by reenacting a scene of “marriage by capture,” is it possible that the game is dramatizing the origins of patriarchal society? Is it, like the great Victorian novels, deploying marriage “as a theoretical tool for thinking about political life”? Is its rewriting of Odysseus’s journey an invitation to think more critically about how video games essentialize antiquated sexual hierarchies by uncritically borrowing the tropes of myth? Well…probably not.

But the game does include a moment of formal self-reflection unique in a video game. At the end of Super Mario Odyssey, Mario briefly—thanks to his sentient hat Cappy—inhabits Bowser’s consciousness, allowing the player to control Mario’s ancient nemesis and collapsing the distance between the game’s protagonist and antagonist. When the two return to their respective bodies, they remain indistinguishable, as both drop to their knees to beg for Peach’s hand in marriage. Disgusted—perhaps because she recognizes the fearful symmetry between the mythic hero and the mythic villain—the princess rebukes them both and sets off on an odyssey entirely her own. 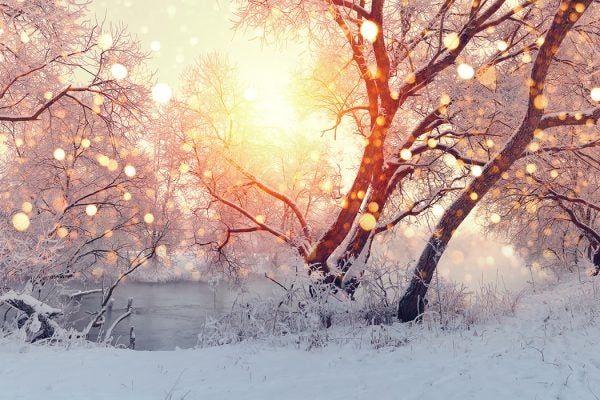 10 Winter Poems To Cozy Up To

Settle in to the winter season with verse from Dylan Thomas, H.D., Pushkin, and more.