Skateboarders: The Shock Troops of Gentrification

In Philadelphia’s Love Park, gentrification had an unlikely face. 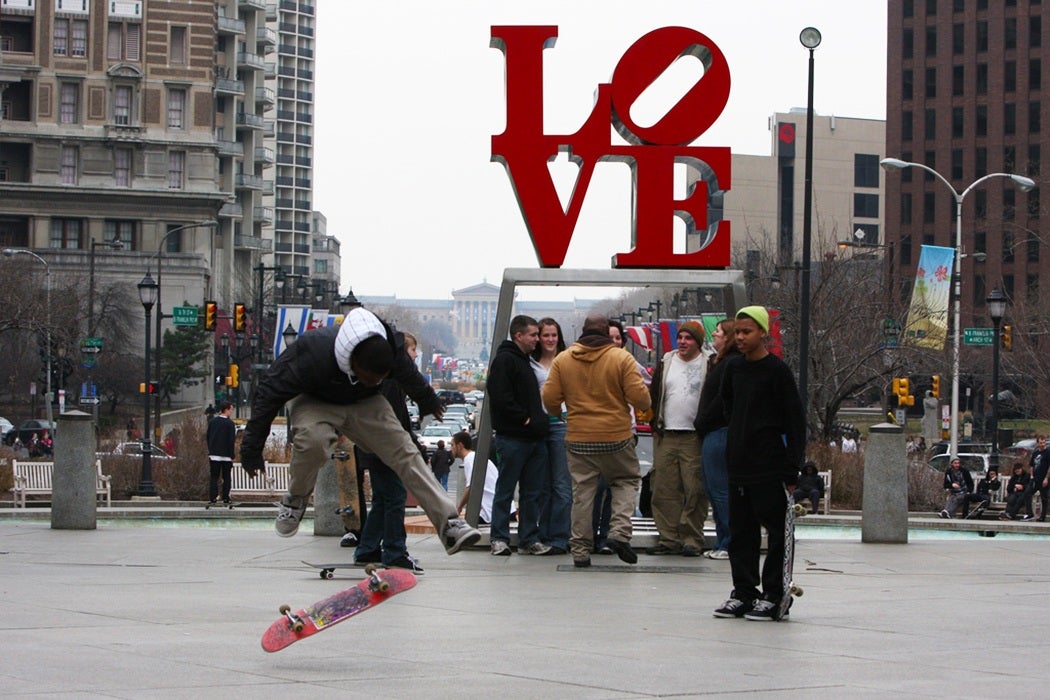 Cities have long sought the magic of revitalization via a convention center here, a ballpark there, perhaps a street trolley. These perceived cures for urban blight often involve massive funding, both public and private. At times these measures provoke questions about effectiveness, as when exorbitant costs are incurred by football stadiums that bring in crowds from the suburbs a dozen or so times a year but are then emptied.

Yet urban planners are increasingly looking at the small things that matter in the long term. In Philadelphia, that has meant a renewed look at the skateboarders of Love Park.

Ocean Howell, a professor of architectural history at the University of Oregon, describes skateboarders as “the shock troops of gentrification.” As an example, he cites the impact they have made on Love Park, a Philadelphia landmark adjacent to City Hall, famous for Richard Indiana’s sculpture.

“In culture as in business everything happens at the margins.”

By the 1970s and 80s, the park—really a plaza—had become a symbol of the city’s decline, overwhelmed by the homeless and drug dealers. One Philadelphia Inquirer article at the time noted that the park attracted some lunch brown baggers but mostly rats and lawbreakers. That is, until the skateboarders discovered their little slice of Love heaven. The park’s stairs, handrails, marble benches and granite planters were seen by an impromptu army of youth as perfect for their sport.

Ricky Oyola, a skateboarder interviewed in 2002, explained what happened: “We made this place … It was just fuckin’ drug dealers, dudes chillin’ up there, fighting each other … We got it to where people could walk by and not feel scared.”

However, the invasion of the skateboarders came with controversy. Their presence became a mayoral campaign issue. Some Philadelphians argued that they were eating up space in what was a city landmark. Over much of the past 20 years, they have been banned from practicing their craft in the park as the city pushed various corporate development schemes.

Modern urban planners disagreed. Richard Florida argued it was a mistake to discourage the skateboarders, who fit his model of what emerging cities, filled with creative types, gays and the foreign-born, needed to attract technology and jobs. “In culture as in business everything happens at the margins,” noted Florida, whose remarks were cited by those who saw Love Park’s skateboarders as urban pioneers, not just annoying, scruffy kids.

Today Love Park is undergoing another of a series of renovations. Indiana’s sculpture has been temporarily relocated while massive infrastructure repairs, involving plumbing and other fixtures, are completed. Today’s city planners envision an attraction for the new Love Park: elements attractive to skateboarders will be refurbished and reclaimed, an overdue bit of appreciation for the skateboarding urban pioneers, the shock troops of Philadelphia gentrification. 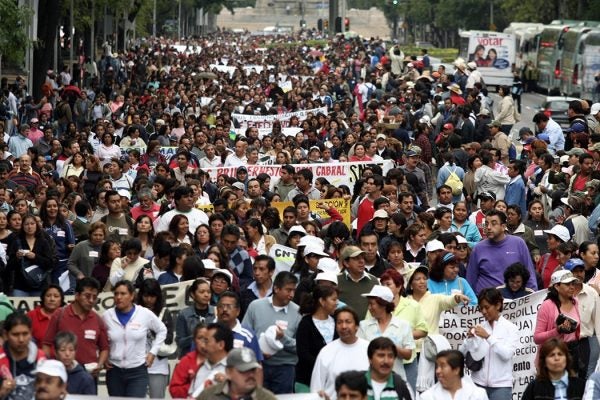 Mexico’s struggle for education reform has been a long journey paved in protests. Today's struggles have been a long time in the making.