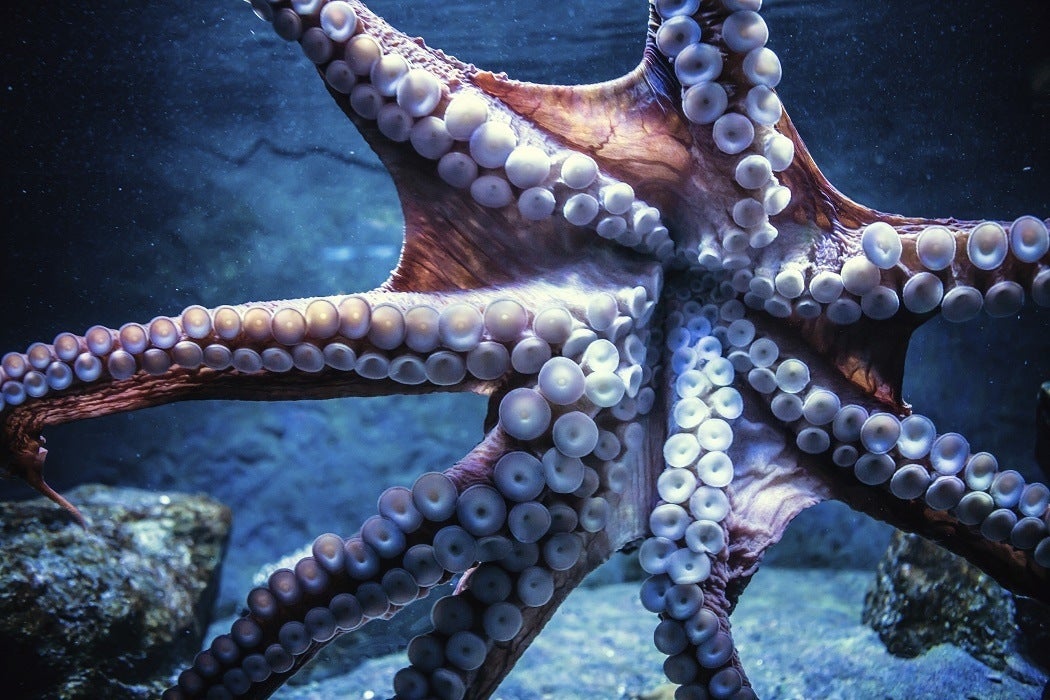 Apparently, octopuses don’t need their eyes in order to detect light. Light detection in cephalopods (the group of mollusks that includes octopus, cuttlefish, and squid) is mediated by molecules in the retina called opsins. Researchers have now found those same chemicals in octopus skin, suggesting that the octopus can detect light and, to some extent, maybe even “see” through its body, not just its eyes.

Researchers believe that cuttlefish and squid possess this ability as well, but have not yet found the evidence. How do cephalopods use this remarkable ability?

Cephalopods do not have bones, spines, or any real defense against the sharp teeth of marine predators besides concealment. Even their trademark last-ditch defense—a release of ink coupled with a quick getaway, is still dependent on concealment, even if it does seem like something James Bond would do. Cephalopods have a well-documented ability to blend in to almost any background, but their skills depend on the ability to rapidly assess a background and decide on a good matching pattern.

As a result, cephalopods have excellent vision that can coordinate their camouflage response almost immediately. The accuracy of the camouflage, in fact, is controlled almost completely by their vision. When the vision of several cuttlefish was experimentally disabled (temporarily), the cuttlefish could still change color and skin texture, but were unable to correctly match the background. Without their eyes, all they could do was make some sort of a change and hope for the best, generally without success.

Given that vision is crucial to their camouflage, and that camouflage is vital to their survival, it’s no wonder that cephalopods have evolved extra visual acuity beyond just their eyes. Cuttlefish sometimes rely on disruptive coloration, or breaking up the body outline with strong contrasts. Additional experimental evidence suggests that when employing disruptive coloration, cephalopods cue in on the size and number of white patches on a dark background.

Under such circumstances, the ability to detect light vs. dark areas through their skin without waiting for their eyes would be a huge advantage. At least as far as light and dark are concerned, a cephalopod could potentially begin patterning parts of its body without waiting for or even needing the eyes. If vision is partially blocked for some reason, aspects of the camouflage response can still kick in. Who needs a shell when your whole body is an eye?

Cuttlefish Cue Visually on Area: Not Shape or Aspect Ratio: Of Light Objects in the Substrate to Produce Disruptive Body Patterns for Camouflage
By: Chuan-Chin Chiao and Roger T. Hanlon
Biological Bulletin, Vol. 201, No. 2 (Oct., 2001), pp. 269-270
The University of Chicago Press in association with the Marine Biological Laboratory
Adaptive Coloration in Young Cuttlefish (Sepia Officinalis L.): The Morphology and Development of Body Patterns and Their Relation to Behaviour
By: R. T. Hanlon and J. B. Messenger
Philosophical Transactions of the Royal Society of London. Series B, Biological Sciences, Vol. 320, No. 1200 (Aug. 12, 1988), pp. 437-487
Royal Society 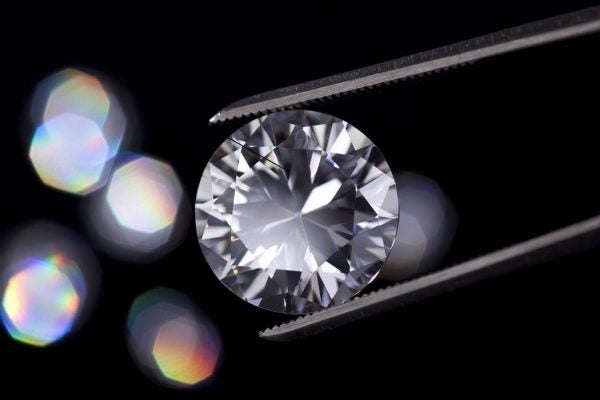 Got Plants? You May Also Have Diamonds!

The use of plants as indicators for specific environmental conditions