Humans and mosquitoes share a surprising amount of genes and have similar hunger controls. 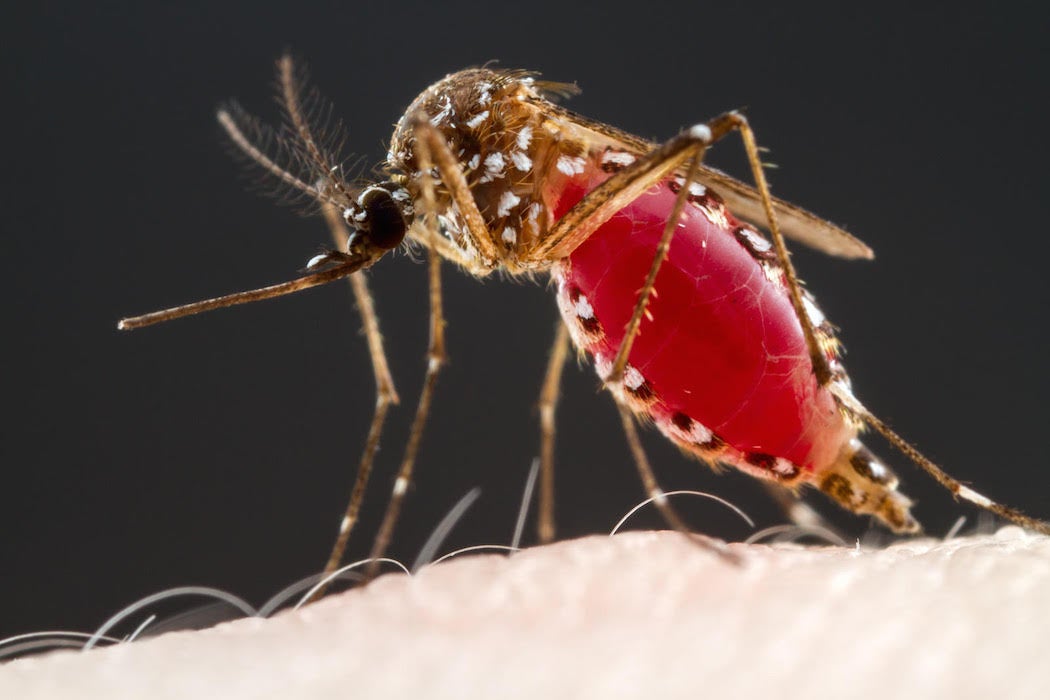 Humans and mosquitoes hardly have anything in common—and certainly not our gustatory tastes or dietary habits. But it turns out that we share some common pathways to satiety—in particular the neural receptors that control hunger. A group of scientists at Rockefeller University thinks that these pathways may help keep the bloodthirsty pests away from our blood.

Mosquito-borne disease remains one of the largest scourges affecting humankind. Malaria alone strikes over 200 million people every year, killing 10,000 pregnant women and 200,000 infants in Africa. Despite investing in various forms of mosquito control—from the controversial DEET repellants to bed nets to genetically engineered mosquitoes that self-destruct, modern science hasn’t yet found an efficient way to rid humankind of the pests.

Mosquitoes that fed on the diet drugs acted as if they had just filled up with blood and weren’t interested in biting anymore.

“We’re starting to run out of ideas for ways to deal with insects that spread diseases,” says Leslie Vosshall. She leads the Laboratory of Neurogenetics and Behavior at Rockefeller University, where she studies mosquitoes’ behavior. “Insecticides are failing because of resistance, we haven’t come up with a way to make better repellents, and we don’t yet have vaccines that work well enough against most mosquito-borne diseases.”

Some mosquito species, such as Aedes aegypti, which can carry yellow fever, dengue fever, chikungunya, and Zika, have a particular preference for humans. “The Ae. aegypti prefer to bite humans,” says Laura Duvall, a postdoctoral fellow at Rockefeller University. “That’s why they are such good disease vectors.” If there are no humans in sight, they’ll go for any blood meal they can find, she explains, but people are their favorite.

Only female mosquitoes bite—because they need animal or human blood as protein-rich building blocks for egg production. Moreover, females may have several broods during their lifecycle, so they will bite multiple times, increasing the chances of passing the pathogens from one human to another.

Once the females satiate their hunger, they lose interest in humans for a few days. In humans, hunger and satiety are regulated by a hormone called neuropeptide Y that activates NPY receptors. The pharmaceutical industry has developed anti-obesity drugs that regulate these pathways. Vosshall and Duvall hypothesized that mosquitoes may have similarly regulated neural pathways—and so would lose their appetite when fed the human diet drugs. The researchers screened 265,000 potential compounds to determine which ones would activate the NPY receptors in female Ae. aegypti, and suppress their hunger for blood. “We found six that worked best and one of them was the most potent,” says Duvall.

When the team fed female mosquitoes saline solution mixed with the appetite-suppressing drugs, the latter lost interest in human scents, Duvall says. (Normally, mosquitoes find people by several cues—from visual to olfactory, such as our body odor and the carbon dioxide we exhale.) The team subjected the insects to “a nylon stocking test,” in which they measured whether mosquitoes would fly into a trap, attracted by a pair of a nylon stockings saturated with a human smell after being worn for a day. Mosquitoes that fed on the diet drugs acted as if they had just filled up with blood and weren’t interested in biting anymore.

Humans and mosquitoes share a surprising amount of genes, so it is logical that they have similar appetitive-controlling pathways, says Duvall. “We know these pathways are important in hunger in humans. Because they are evolutionarily conserved, we made the decision to use human diet drugs to see if they would suppress the appetite of the mosquitoes,” Vosshall adds. The team published their findings in the journal Cell.

Scientists don’t think that this discovery will be the magic bullet that will prevent mosquitoes from biting completely, but they hope that it might be helpful in reducing the amount of biting and thus decrease disease spread. They also note that many blood-feeding insects, including ticks that spread Lyme disease and other mosquito species, have similar appetite controlling receptors, so the method would likely work on them too. The team now plans to study how to get mosquitoes to take in the drugs—perhaps by using some kind of feeder that would attract mosquitoes to the drugs and keep them away from humans. 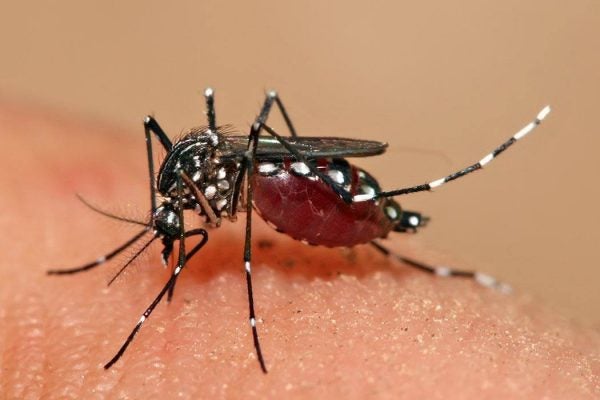 Controlling the Spread of the Zika Virus Through Genetic Modification

How genetic modification may be the key to halting the spread of the Zika virus.