Sammy Davis Jr.’s conversion to Judaism in 1960 was met with skepticism, derision and yes, jokes by the members of the groups he claimed and embraced. 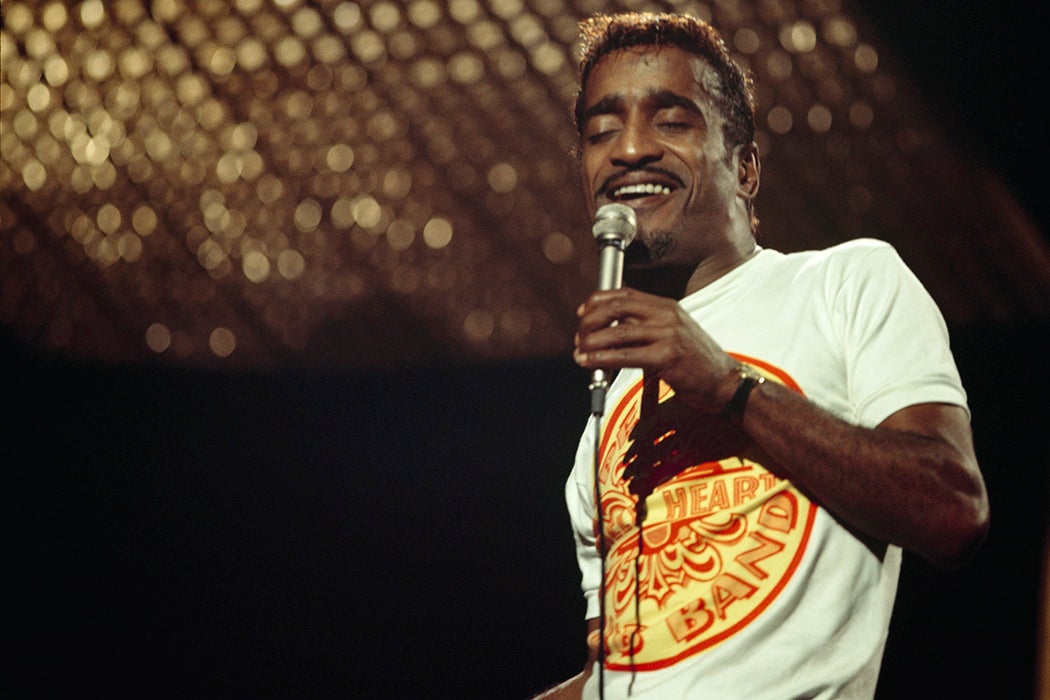 Sammy Davis Jr, wearing a Beatles t-shirt, performs on stage at The Talk of The Town in London, England in 1967
Getty
By: Matthew Wills
3 minutes
Share Tweet Email Print

When Sammy Davis, Jr. converted to Judaism in 1960, it was big news. He was only the latest celebrity to do so—Marilyn Monroe had converted in 1956 to marry Arthur Miller, and Elizabeth Taylor had converted in 1959 to marry Eddie Fisher—but his conversion “was especially controversial, both because of his racial background and the shifting dynamics of Jewish ethnicity,” writes (unrelated) scholar Rebecca L. Davis.

“Davis adapted to the attention that his choice drew by insisting that his highly unusual combination of racial, ethnic, and religious identities was inherently harmonious. Blacks and Jews had similar histories of oppression and marginalization, he explained, and he admired the Jewish people’s history of overcoming diversity.”

“Davis constructed a narrative of selfhood that defied the politics of ethnic inheritance.”

Jews, Sammy Davis Jr., said, were a “swinging bunch of people.” In addition, writes R. L. Davis, “Jewish masculinity offered a heterosexual style that worked for a short, lithe man who could out-dance, outtalk, and out-sing anyone with whom he shared the stage.”

“Davis constructed a narrative of selfhood that defied the politics of ethnic inheritance.” He also made it part of his shtick: Black, Jewish, Puerto Rican (on his mother’s side), and one-eyed (he’d lost an eye in a 1954 car accident), playing with, and against, stereotypes: “When I move into a neighborhood, I wipe it out!”

The entertainer was no stranger to racism. His nose was broken more than once by whites in the segregated armed forces, permanently affecting his facial profile. An excellent impressionist, he broke taboos on Black performers imitating white stars like Astaire, Bogart, Brando, and Grant. He was more or less forced to marry a Black dancer as a “publicity stunt” in January 1958, to divert attention from the fact that he was dating white actress Kim Novak. This Hollywood marriage, supposedly ordered by a mob boss at the studio’s behest, lasted only a few months.

When Davis married Swedish actress May Britt (who also converted to Judaism) in late 1960, interracial marriages had been legal in California for a dozen years. But such marriages were still illegal in 23 other states.

The entertainer’s conversion was ridiculed by his show biz colleagues and treated skeptically, if not with hostility, by Black and Jews at large. Davis’s racial authenticity was questioned; he was called opportunistic, a sell-out, and accused of wanting to be white. As the 1960s progressed, Black nationalists became even more outspoken about him.

Meanwhile, American Jews had struggled through the twentieth century to be considered “white” in America’s white-supremacist order. Sammy Davis Jr.’s celebrity conversion raised all sorts of questions about the definition of Jewishness: was it a question of spirituality or ethnicity, sociology or biology?

Just by doing his thing, Davis upset categories and definitions of race and ethnicity, of racial identity and religious identity. R.L. Davis uses the term “ethnically uncanny” to describe the backlash amongst Davis’s entertainment peers, Jewish and Gentile alike. A comedian from Alabama at a 1963 roast of Davis said white folks back home “wouldn’t know what to burn on the lawn.” Milton Berle, dressed in drag as May Britt at Davis’s bachelor party, sang “My Yiddish Mau-Mau” in parody of “My Yiddishe Mama.”

“That many people, Jews and non-Jews alike, measured his religious sincerity against the color of his skin says more about the racial and religious politics of the times than it does about Davis and his quest for a spiritual home.”

More recently, Whoopi Goldberg (“I just know I am Jewish,” she said in 2011) got into hot water when she said the Holocaust was not about “race” because it involved “two groups of white people.” The brouhaha resulted in a two-week suspension from The View. On the one hand, this followed in the long assimilationist trajectory of American Jews to be accepted as white people. On the other, that’s not what the Nazis thought, and it isn’t what their white-supremacist inheritors think today. 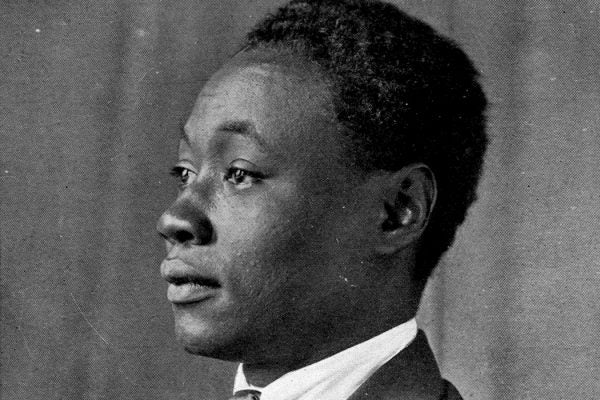 Black Caribbeans in the Harlem Renaissance

The "Capital of Black America" was also a world capital, thanks to the influence of West Indian–born artists and writers like Claude McKay.