A recent viral photo shows a dolphin riding on a humpback whale’s head in Hawaii. The photo, posted by the Whale and Dolphin People Project, is backed up by a study in the journal Aquatic Mammals. The federal researcher who took the photo, Lori Mazzuca, concludes that dolphins engage in whale riding purely for fun.

If it is indeed purely for fun, riding on a whale’s head is part of a pattern of playful behavior that has been observed in dolphins for decades. Studying captive dolphins in 1951, Arthur McBride notes that play in bottlenose dolphins began as early as seven weeks of age. Young dolphins like to swim while rubbing against their mother’s head, and as they get older, the juveniles move on to swimming around other dolphins’ heads as well. McBride even noted that adult dolphins swim around right whales’ heads, so full-on whale cowboy is not a huge leap.

McBride’s dolphins routinely played with objects, particularly innertubes, but also other objects or even live fish. The dolphins would mouth the fish’s tail, pulling it backwards before releasing it— nobody said that dolphins play nicely. One dolphin routinely teased a fish by placing a piece of food in front of the fish’s burrow, only to snatch the food away right when the fish came out to eat it. The disgruntled fish returned to its lair, just to have the game repeated.

Of course, there might also a practical element to the whale riding behavior, locomotion. Dolphins have long been known to ride the bow waves of ships, a behavior ascribed to play, and Mazzuca believes that bow wave riding may have originated with riding the bow waves of large whales. Dolphins and other cetaceans can get quite a boost from waves. The shape of their flukes allows dolphins to gain energy from waves, increasing their swimming efficiency by anywhere from 25-33% and raising their top speed. Such energy savings could really add up over long distances (e.g. migration).

It seems plausible that riding a whale’s head may serve multiple purposes for a dolphin. There might be practical reasons to surf on a whale, but that does not preclude dolphins having fun also. Most researchers believe that play serves important purposes such as practicing important motor skills, or reinforcing social bonds.

Play is often risky, so there must be a good evolutionary reason for it. The head swimming behavior of infant dolphins suggests that this behavior is an important foundation for other behaviors, perhaps including whale riding. When in doubt, make your own fun!

Observations on Pregnancy, Parturition, and Postnatal Behavior in the Bottlenose Dolphin
By: Arthur F. McBride and Henry Kritzler
Journal of Mammalogy, Vol. 32, No. 3 (Aug., 1951), pp. 251-266
American Society of Mammalogists
Energy Absorption from Ocean Waves: A Free Ride for Cetaceans
By: N. Bose and J. Lien
Proceedings of the Royal Society of London, Series B, Biological Sciences, Vol. 240, No. 1299 (Jun. 22, 1990), pp. 591-605
The Royal Society 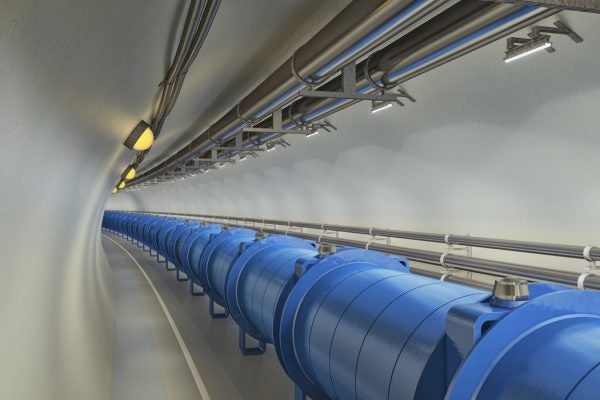 A Brief History of Quarks

Understanding the history and future of quarks.