The JLF brings together writers from all over the world for readings, lectures, discussions and celebration at the Diggi Palace in Jaipur, India. 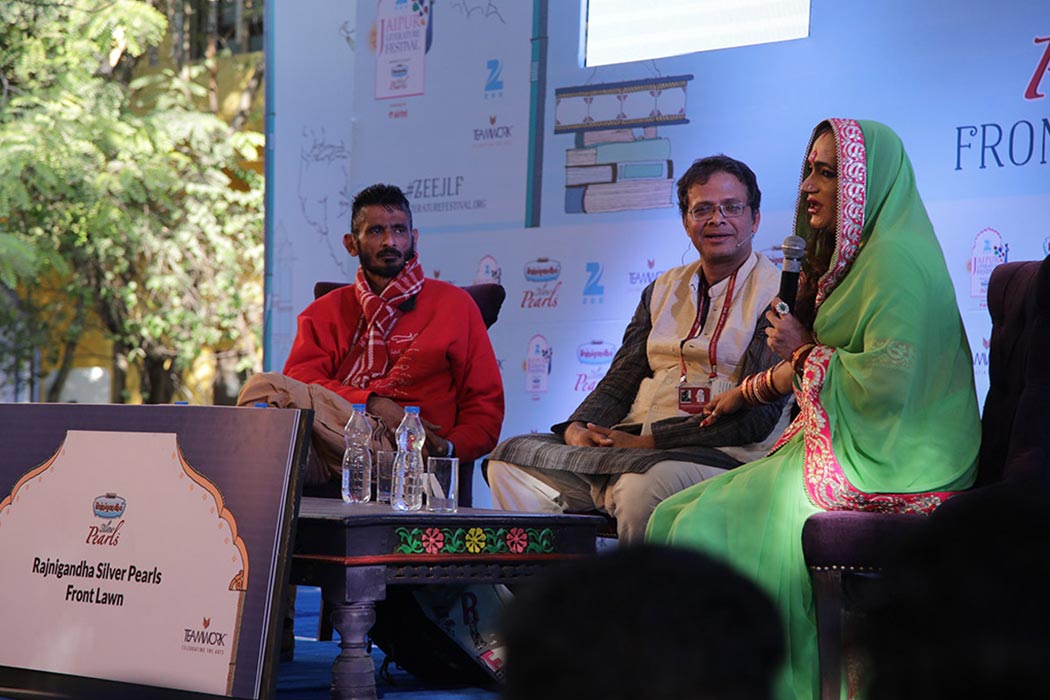 Every January since it was founded in 2007, the Jaipur Literature Festival—known popularly as JLF—brings together writers from all over the world for five days of readings, lectures, discussions, and celebration at the Diggi Palace in Jaipur, India. The festival has grown from 200 to more than 3 million attendees in nine short years. This year from January 21-25, more than 350 writers of different genres, nationalities, languages, and backgrounds spoke on a huge array of topics. Each day began and ended with musical performances. JLF 2016 has been the biggest so far. Next year it will be even bigger, say the organizers: historian William Dalrymple, novelist Namita Gokhale, and entrepreneur Sanjoy Roy.

The most remarkable thing about this ‘tyohar’ or ‘utsav’ of literature is the spirit of carnival that pervades it. Mikhail Bakhtin’s dialogism is alive and well at the JLF, whose heart and soul resides in the sheer multiplicity of voices and languages interacting with each other there. The quintessential ‘plurality’ of India gets fair play in the form of six parallel running sessions each day. A session on the life of ‘Ramacharitmanas’ in Mughal Tent, where the Indologist Philip Lutgendorf discreetly removes his shoes before discussing the epic, draws equal number of attendees to the one on ‘coming out.’ Totems and taboos coexist.

The festival acknowledges and celebrates the view that neither is literature restricted to traditional forms nor is it produced in a vacuum. In fact, this melange of literature and public policy concerns was the defining feature of JLF 2016. The osmotic relationship between literature and society was discussed at great length during the festival by panels that included parliamentarians, bureaucrats, doctors, economists, leaders of socially marginalised groups like eunuchs, who may not be perceived as the usual suspects at literary events. Some of them, however, identify themselves as authors first. Dr Shashi Tharoor, novelist, ex-diplomat and now an elected parliamentarian shared with me that being a legislator was a way of carrying forward his concerns as a writer and acting upon them for the societal good.

As attendees entered the gates of Diggi Palace and passed through security, they were greeted overhead by a surreal panoply of Rajasthani puppets. Each year colourful drapes and calico prints dominate the tents where discussions, talks, and launches happen at a hurried pace. The Diggi family of Jaipur has made the festival their own, almost on par with the worship of their gods. For five days the women of the family can be spotted in their ‘poshak,’ traditionally worn by the Rajputs, hurrying to oversee the arrangements, exchanging pleasantries with speakers or discussing things with the organisers. Since the venue is offered free of cost, it is a mutually agreeable arrangement for the property owners as well as the organizers, who bask in the glory of being patrons of culture.

The regal air of Diggi Palace mixes with the masses, just as the display near the fountain area depicts an eclectic combination of larger-than-life literary characters. Anna Karenina rubs shoulders with Scout of To Kill a Mockingbird;while Scheherzad of Arabian Nights stands opposed to a menacing Alex from A Clockwork Orange.

Margaret Atwood’s return to India after a long hiatus of 27 years to deliver the keynote address at Jaipur Literature Festival opened this year’s literary activities in India with a bang. Needless to say, all her sessions at the festival were packed with people jostling with each other for toe-space. While denying interviews to almost every press representative, she most enthusiastically signed the copies of her books for the awestruck readers. By the second day, all her books were sold out at the festival bookstore. Atwood charmed the audience with her characteristic anecdotes about everything from Justin Trudeau to feminism in India to the insipid dragons in Game of Thrones to her childhood. Discussing her upcoming comic book, Atwood rejected the compartmentalizing of literary and cultural products as high and low, embracing the spirit of the festival and giving a nod to Bakhtin. Other highlights included Stephen Fry conjuring Oscar Wilde back to life.

Karan Johar, a popular Hindi filmmaker, was a natural crowd magnet. His session on the upcoming biography by Poonam Saxena touched on the arrival of Hindi cinema as a worthy subject of literary deliberations. Johar began with his childhood in Mumbai and shared several traumatic experiences including being called a “pansy” by his peers for being effete. His statement on “democracy being a joke” ended up spelling trouble for him later. When asked about his regressive portrayal of homosexuality in his films, he appeared defensive while claiming to have taken recourse in pastiche to at least begin a conversation around a taboo topic.

History was a hugely popular theme at the festival. From the Indo-Pak partition narratives to writings on war, from stories of spies to recollections of the Emergency years in India, from journalistic explorations of contemporary Indian history as well as cities to the more personalised discourse on family secrets, and from slave trade to forgotten genocides. It was a delight to speak to debut writers like Raghu Karnad who have made forays into the hitherto neglected aspects of history. Karnad’s debut book which tells the tale of Indian soldiers in WWII, The Farthest Fields, is a landmark work in the still fledgling genre of military literature in India. Meanwhile, another debut author and feminist Mona Eltahawy talked about body being a site of personal history. Her Headscarves and Hymens provocatively makes a case for sexual revolution in the Middle East.

Many of these writers made the rounds at the after-parties hosted by publishers and literary agents. This year Harper Collins broke the mould by bringing Gulzar and Pavan Varma to the stage for a tête-à-tête. This experiment in gravitas inspired mixed reactions. At these parties one can easily witness what the noted post-colonial theorist Aijaz Ahmad recently identified as “literary horse-trading.” Poetasters, aspiring authors, and fashionable folks with literary pretensions play their best cards to be seen with the right people, while agents and publishers stay busy identifying and angling to sign the next best-selling writer. This is also the time for the authors to let their hair down after intense sessions and indulge in non-literary pursuits. After all, what is a carnival, literary or otherwise, without invoking Bacchus! 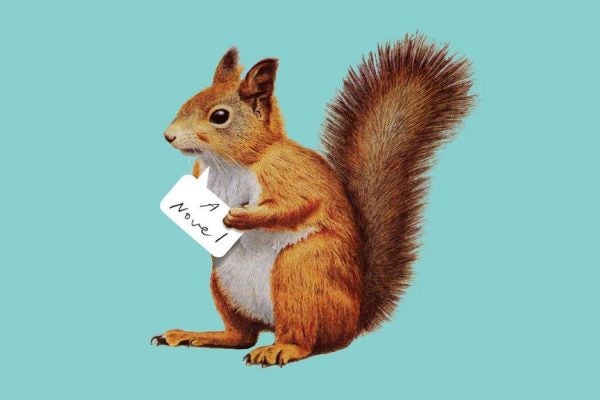 Elizabeth McKenzie's "The Portable Veblen" concerns a character named Veblen, a woman who feels keenly the ideas of the great economist.