How Scientists Tried to Find a Universal Flu Vaccine

The quest to “conquer” influenza with a shot that could be used every year started out with high hopes, and ended up a hot mess. 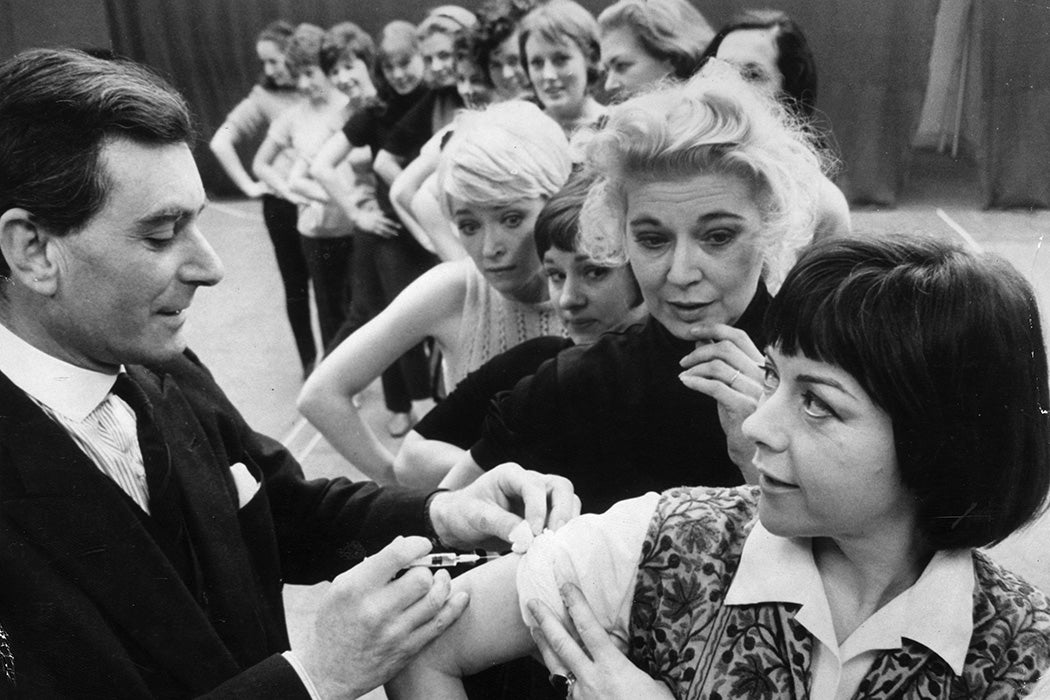 In 1936, journalist Paul de Kruif made a bold prediction: Medical science was about to conquer influenza. Among scientists and journalists alike, hopes were high after a series of successes isolating antibodies in animal trials. By all accounts, writes historian of medicine John Eyler, this early optimism was well founded. “The agent of influenza was known,” he writes, “and there was evidence that immunity could be produced by subcutaneous injection of that agent.”

Unfortunately, Eyler is quick to add, these predictions “could hardly have been further off the mark.” Scientists realized that they were probably dealing with multiple forms of the disease (influenza A, influenza B, and so on), but struggled with things like testing, trials, and cultivation of the vaccine. And so it was that this early confidence of 1936 gave way to a “series of crash programs in an endless and unpredictable quest to produce a vaccine just in time.”

The virus was originally grown in the lungs of mice, a slow process that produced a vaccine with an upsetting amount of rodent protein.

Baffled by inconsistent and inconclusive trials, researchers “worked systematically to produce a series of innovations between 1936 and 1942 that promised better results,” writes Eyler. First, they developed an improved test to diagnose the disease. They also devised a faster way to cultivate the vaccine. The virus was originally grown in the lungs of mice, a slow process that produced a vaccine with an upsetting amount of rodent protein (read: any amount of rodent protein). Their new method of production involved growing the influenza viruses on chick embryos, which were then purified and inactivated to serve as the vaccine. This method is still used to grow influenza vaccines today.

“These were significant innovations, and optimism for success with influenza vaccines was running high again when the United States entered World War II; but so was the sense of urgency about a flu vaccine,” writes Eyler. A Commission on Influenza was formed, stacked with prominent influenza researchers and virologists. Together, they produced a vaccine that incorporated all the latest innovations. It even contained three major strains of the virus. By 1943, the commission’s vaccine successfully protected vaccinated volunteers from influenza (during an especially active flu season). The committee was delighted with the results, writes Eyler, and it seemed that de Kruif’s prediction was “premature but not inaccurate.”

So in 1945, they distributed this vaccine, barely out of its experimental stage, to all Army personnel. The following winter, it was released to civilians. But this victory would not last. When the vaccine was recirculated again in 1947, it seemed to offer no protection at all. While the treatment was still effective at producing antibodies for the three strains it contained, writes Eyler, “it seemed that the outbreak had been caused by a new virus, or at least one that had never been observed.”

Scientists finally had to “confront a nagging problem they hoped would go away.” The virus changed more drastically than they thought. They kept discovering more and more new strains, a new wave each year.

To this day, the flu remains one of the greatest public health challenges of the modern age. You need to get a flu vaccine every year (seriously, every year—especially this year) because there still isn’t any known way to universally target a virus that changes from season to season. Scientists continue their quest to conquer influenza, now, thankfully, armed with a lot more knowledge about the virus they’re trying to fight. 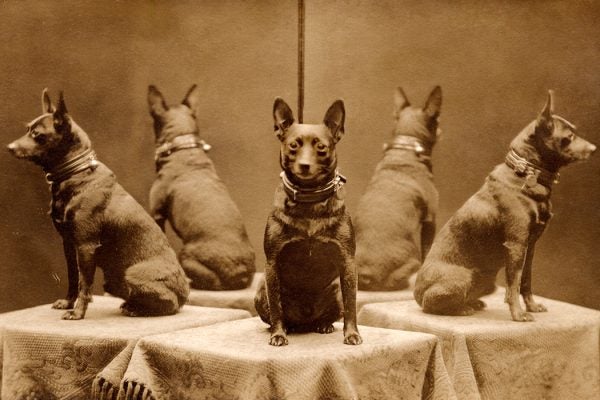 The Victorian Debate Over Rabies

Rabies began a contentious debate between Victorian pet owners and veterinary experts about how to regulate dog health. Rough.