New research suggests that specific positions may serve to ensure that frog species only mate with their own kind. 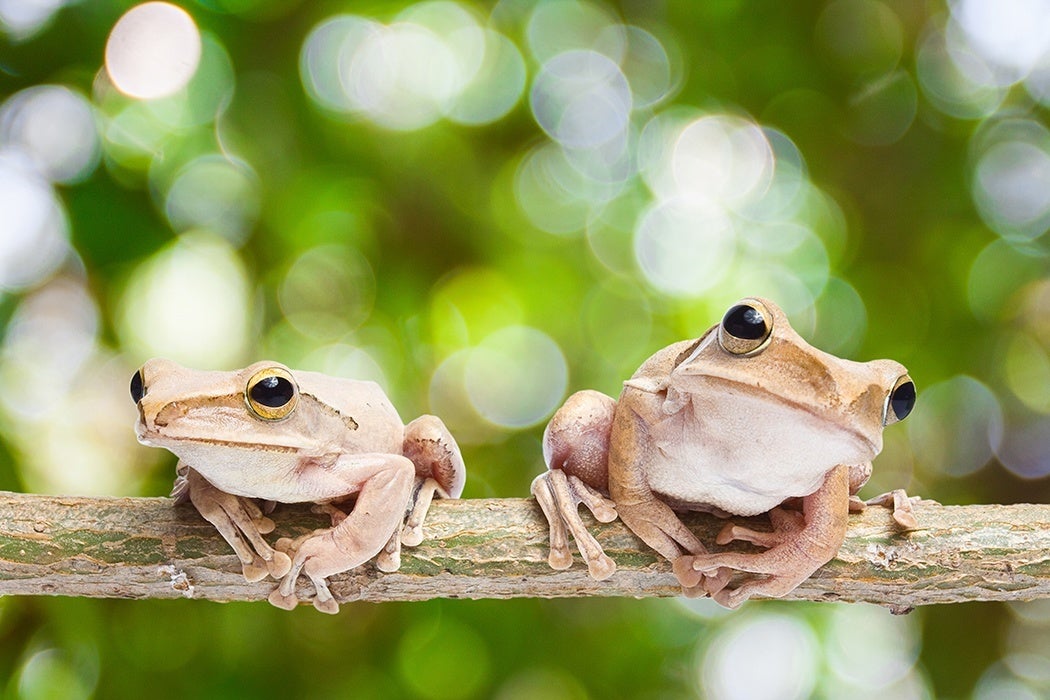 Things are heating up in frogville—researchers in India have discovered a completely new frog mating position.  This new style of amplexus, as frog mating is known, is not for the prudish. Without going into too much detail, basically the male frog releases his sperm onto the female’s back where it runs backwards and fertilizes the eggs as they leave the ovipositor. Nor is this the first time a new position has been discovered in frogs. On closer inspection, the sex lives of frogs seem downright raunchy.

Most animals (humans and apes being exceptions) typically have only one mating position, but frogs now have seven known types of amplexus. In the most common method, the male grasps the female around the torso with his forelimbs and fertilizes the eggs as they emerge. The male often grabs the female well in advance of actual egg laying. Depending on species, mating pairs can remain clasped together for hours, days, even months.

Specific positions may serve to ensure that species of frogs only mate with their own kind.

Such a prolonged process makes life difficult for frogs, especially females, who must go about their day literally carrying around a male frog. To find out how difficult this is, researchers tied amplexing cane toads together. Then they “encouraged the females to move by gentle stimulation of the hindlegs with a rod.” Unsurprisingly, females had a more difficult time walking, swimming and feeding during amplexus. Males did not eat at all.

The whole mating process can be rough on male frogs as well. In many species, unpaired males will attempt to dislodge males from their chosen female. Columbian Spotted Frogs, for instance, engage in a mad scramble to get into grasping position. Once successful, mating frogs must still repel assaults from single males, while maintaining an unbreakable grip. A recent study found that successful males had much thicker forelimbs and enlarged “nuptial pads,” a portion of the hand that assists in gripping the female. Talk about sexual selection.

It is not always the male doing the grasping. In the Coqui, a small tree frog native to Puerto Rico, the male climbs the female’s back but does not grasp her. Instead he stays on her back, and after a period of prolonged inactivity, the female reaches her legs back to lock on top of the male’s legs. The position apparently aids in internal fertilization (most frogs fertilize externally).

That is really the heart of the matter: sexual positions facilitate successful reproduction. The exact benefit of the newly discovered position among Bombay night frogs is unknown, but it is likely connected to the swift streams where the frog lives. Moreover, specific positions may serve to ensure that species only mate with their own kind. Don’t know how to get it on? Wrong species! Each different position serves an evolutionary purpose. Romantic, isn’t it? 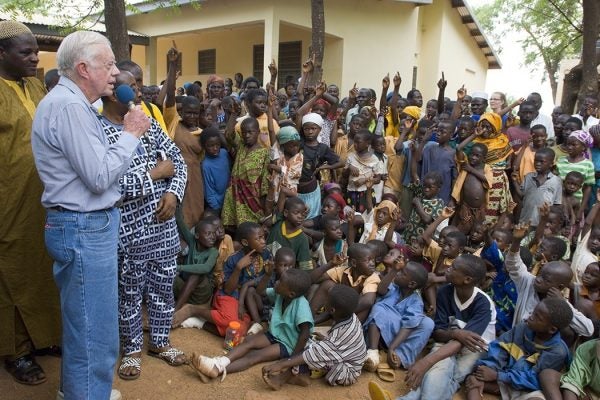 How One Nightmarish Disease Was Eradicated

Guinea worm, scourge of the tropics, may be nearing its end.