Humor in East and West Berlin before the wall came down. 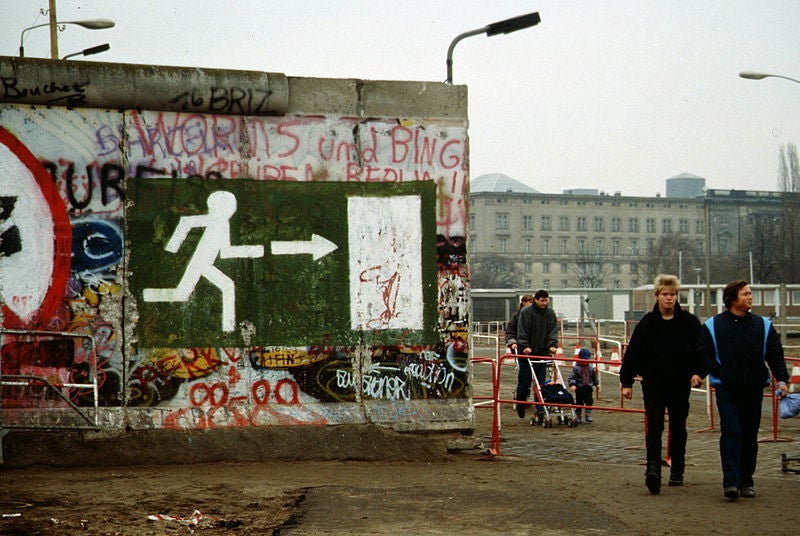 Twenty-five years ago, the Berlin Wall came crashing down. On November 9, 1989, East Germany allowed its citizens to pass through the Wall and enter West Berlin for the first time since 1961. Within weeks, the actual wall surrounding West Berlin was demolished. The wall had been both a flashpoint and symbol of the Cold War, its demise was the marker of a transformation in Europe.

Some months before the wall’s end, Mary Beth Stein published this article in Western Folklore about the politics of humor in East and West Berlin.  The piece gives no premonition of coming events, other than the hopefully universal lesson that humor is irrepressible and that, ultimately, no state can ever be so totalitarian that it can control laughter, however hard it may try.

Although surrounded by the wall and separated from the rest of West Germany, West Berliners evidently didn’t give the thing much attention by the 1980s; it wasn’t made to keep them out, even if the East Germans did call it an “anti-fascist protection wall.” Their approach to the wall was to decorate it with graffiti, in some cases with what Stein calls “visual punch lines.” One of Stein’s examples is Honni mach das Licht aus, which require both translation and political context now: Honni, turn out the lights, suggesting then East German leader Erich Honecker would the last one out.

East Berliners, on the other hand, were not allowed anywhere near the wall (a rule enforced by a shoot-to-kill zone), so their side of it was nearly graffiti-free. Instead, they told jokes about it, full of gallows humor, absurdity, and all the contradictions and hypocrisies of living in an authoritarian state. These jokes are more elaborate and harder to quote, but an ad for swapping a luxurious single-family home for a “Loch in der Mauer,” or “hole in the wall,” should give some taste of them.

Stein also gives examples of official East German jokes, spread to allow people to let off steam and co-opt dissent. No laughing matter, that. Some things you should only be too happy to read about as history. 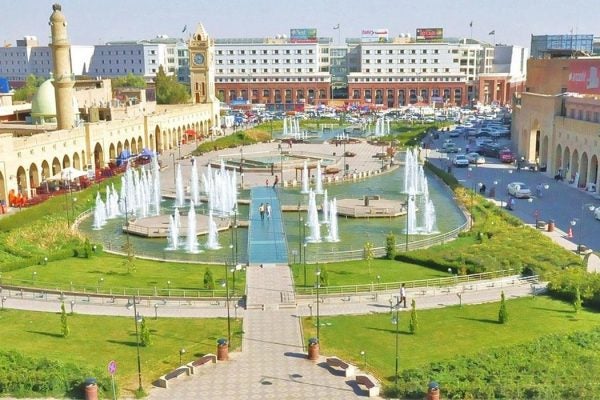 A brief history of Kurds and Middle Eastern politics.