Nomi M. Stolzenberg joined the USC Gould School of Law faculty in 1988. Her research spans a range of interdisciplinary interests, including law and religion, cultural pluralism, law and liberalism, and law and literature. A strong proponent of multidisciplinary research and teaching, she helped establish the USC Center for Law, History and Culture, which involves scholars and students from throughout USC’s campus.

Stolzenberg’s scholarly publications are widely respected. Among them are the frequently cited “He Drew a Circle that Shut Me Out’: Assimilation, Indoctrination, and the Paradox of a Liberal Education” (Harvard Law Review), “The Profanity of Law” (in Law and the Sacred, Stanford University Press) and “Righting the Relationship Between Race and Religion in Law” (Oxford Journal of Legal Studies). Her most recent works focus on issues of religious accommodation (“It’s About Money: The Fundamental Contradiction of Hobby Lobby) and political theology (“Political Theology With a Difference” and “Is There Such a Thing as Non-State Law? Lessons from Kiryas Joel.”) She is currently at work on a book about the Satmar community of Kiryas Joel with David Myers, which explores the conundrum of an anti-secular, anti-modern, anti-liberal religious community flourishing in a modern liberal secular state. 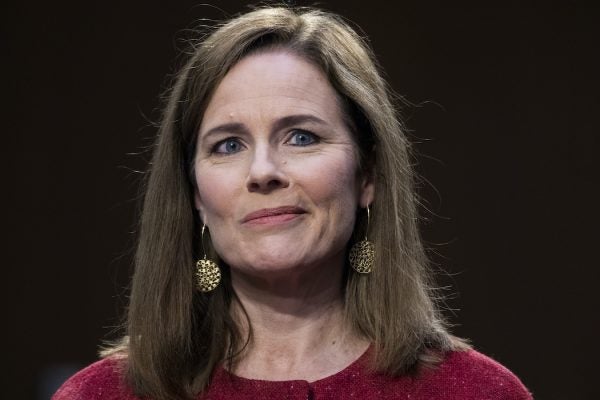 If successful, Amy Coney Barrett would become the 7th current Supreme Court justice to be raised a Catholic, and the sixth conservative Christian.