A Short History of the Public Restroom

How come it’s so hard to go in sweet privacy when you’re out and about? 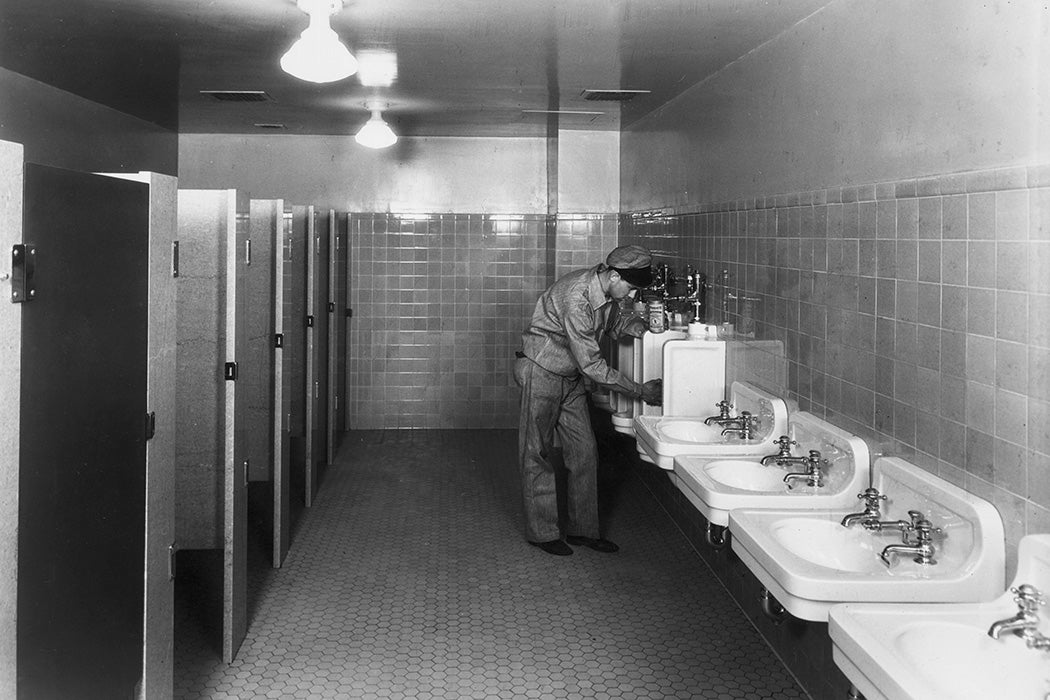 So where do we go while we’re here?

Any visitor to a major American city knows that access to a clean public restroom is a strategic concern. Most options are private or semi-private, where admission or purchase may be necessary, or at least strongly encouraged. What ever happened to the municipal “comfort station”?

Historian Peter C. Baldwin traces the origin of public toilets in cities to the saloon. Before the turn of the twentieth century, the toilets that saloons hosted were often the only option in urban areas. Saloonkeepers regarded this service “as effective as free lunches in attracting customers.”

The scattered location of public urinals around American cities in the nineteenth century meant that public urination was frequent.

Hotels, department stores, and railroad stations also offered facilities, but these tended to screen out whole sectors of the population. For instance, an 1893 manual for designing railroad stations specified the creation of distinct spaces so that genteel folk would be spared contact with lower classes, and “in Southern sections the colored element.”

The scattered location of public urinals around American cities in the nineteenth century meant that public urination was frequent. (Urinals also weren’t very user-friendly for women.) Progressive reformers pushed for municipal toilets, generally referred to as comfort stations, or rest rooms. Elite women’s groups got behind the idea as well. And by 1919, more than one hundred cities had opened above-ground or underground comfort stations. The beginning of Prohibition that same year closed thousands of saloons, increasing the demand for public restrooms.

But it wasn’t long before “concerns about inadequate privacy, safety, and cleanliness discouraged many people—particularly women—from using public comfort stations,” Baldwin writes. Only about one fifth of visitors to comfort stations were women—not generally including members of the very women’s groups who advocated for them. The expense, meanwhile, of attendance and maintenance of such facilities “helped discourage extensive construction” of more, according to Baldwin. Aside from heavy use—more than 80,000 visitors a day, by a 1927 Manhattan count—the appeal of municipal ownership of public toilets didn’t survive the Depression. While federal public-works projects built bathrooms in parks and alongside highways, cities got little help in this area.

The last of these Progressive Era comfort stations succumbed to the municipal strangulation of the 1960s and 1970s. The same period saw the closure of the majority of bathrooms associated with public transit. As Baldwin notes, a “consumer model of privacy, which preserved class privilege by excluding the less affluent,” won out. What he calls “bodily privacy” is a “purchasable commodity,” not “a right conferred by government on all citizens.”

“Even if provided free of charge,” Baldwin continues, “the use of a toilet is understood to be the result of an agreement between the individual and a business. It is an awkward, grudging agreement, inflected by judgments of the individual’s social status.”

Now, try not to catch the bartender’s eye as you sidle toward the back… 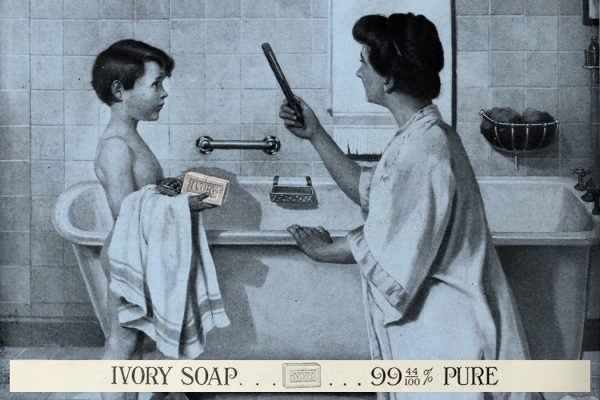 In 1909, Kathlyn Oliver called for the creation of a servants' trade union that was “as important to the community as the worker[s] in any other sphere."