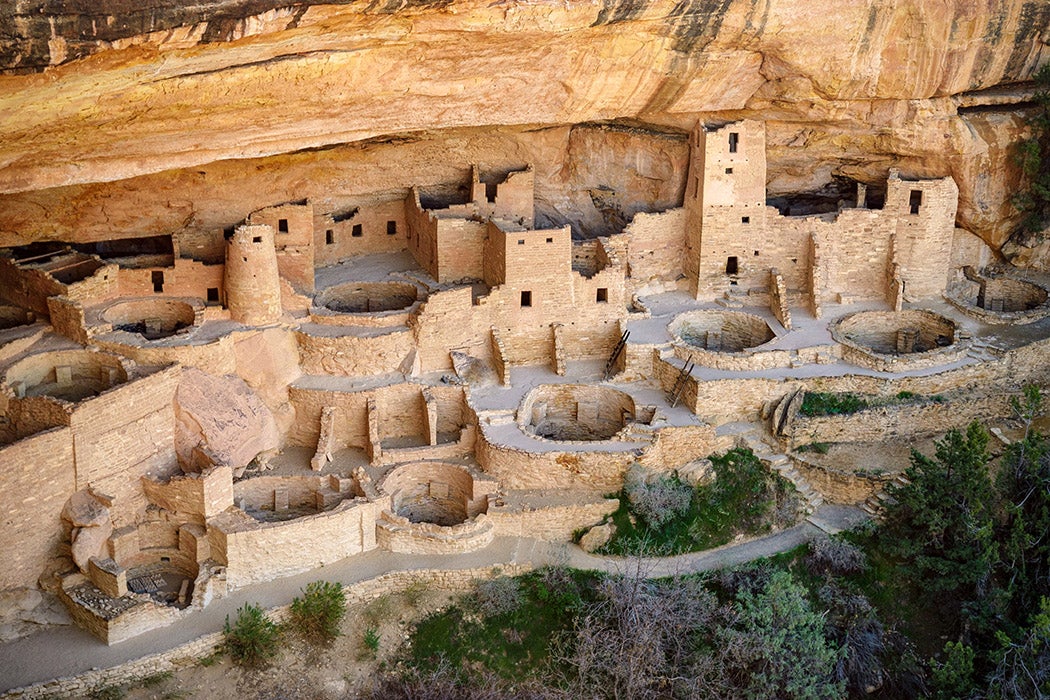 Cliff dwellings of the Ancestral Puebloans—the Anasazi to the Navajo Diné—haunt the desert Southwest. Mesa Verde, Chaco, Canyon de Chelly, and many other  sites and artifacts in the Four Corners region stand testament to six centuries of residency. However, they tell us little of the people that came and then went, leaving buildings, pottery, and bones behind. There have been more than 4,000 habitation sites detected in the Mesa Verde region of southwestern Colorado. Population estimates for this area alone in the mid-1200s CE run up to 19,200 people.

Yet these people abandoned the houses and villages more than two hundred years before the first Europeans arrived in the region. Did those newcomers, as many have since, gaze upon the sandstone, timber, and adobe constructions and wonder: who built these, where did they go, why did they go?

The out-migration of the Ancestral Pueblo people, mostly south toward the Rio Grande, has long puzzled archaeologists. Single-factor impetuses, such as climate change and conflict, have been proposed over the years.

Scholars Timothy A. Kohler, Mark D. Varien, Aaron M. Wright, and Kristin A. Kuckelman use computer simulations incorporating “new climatic, ecological, and demographic data that synthesize a century of archeological research” to argue that the departure was due to a complex, interlocking combination of factors. “Climate change, population growth, competition for resources and conflict seem to have sparked the move.”

“Botanic remains, the composition of preserved human feces and the rations of isotopes in human bones” show a high dependency on corn (maize) agriculture. Additional vital resources included potable water, wood for fuel, and protein sources like cottontail rabbit, jackrabbit, deer, and domesticated turkey. One of the surprises of the simulation, Kohler and company write, was the “relative ease with which populations deplete deer on this landscape.” The reduction of this major source of protein can be tracked in actual remains.

“Populations as large as those seen in our study area in the 12th and 13th centuries would have been possible only with turkey domestication. […] turkey bones became much more prevalent as deer bones declined and virtually disappeared […] after A.D. 1150,” they note.

Both people and their turkeys ate corn, making them both dependent on good crop yields. But colder, drier winters meant “shortfalls in maize in the 1200s,” which “surely triggered serious nutritional deficiencies.” A mega-drought, called in retrospect the Great Drought, lasted from 1276 to 1299.

Refuse accumulation studies show that at Sand Canyon Pueblo, founded in 1250, the turkey and corn remains dwindled over time, with wild animal bones and wild plants, “some of which appear to be starvation foods,” increasing in the same period. By the late 1270s, “villagers experienced substantial subsistence stress and adopted a largely hunting and gathering strategy to compensate for crop failure.” By then, it’s estimated that one- to three-quarters of the 500 people living in the community at its peak had left.

“At least 34 people died at or near the end of village occupation. None of these bodies was formally buried,” note the authors, “and at least eight exhibit direct evidence of violent death.”

Sand Canyon was evidently attacked, either by other inhabitants of the Four Corners region or people from farther west. Evidence suggests anthrophagy (cannibalism), also seen at Castle Rock Pueblo, where at least forty-one bodies of victims of violence have been found.

As the climate/grain situation got worse, people collected in larger aggregations for safety and more rational resource-exploitation. But larger groupings put additional stresses on the environment. Scarcity of food and fuel led to conflict, presumably warfare over resources, “which in turn induced more scarcity.” The Ancestral Puebloans became refugees, migrants searching not just for a better life, but possibly just for life itself.

Today, as the American West gets drier and the reservoirs that made unprecedented development and population growth possible shrink, the ruins of the Ancestral Puebloans may be a cautionary reminder of the hazards of living in the desert. 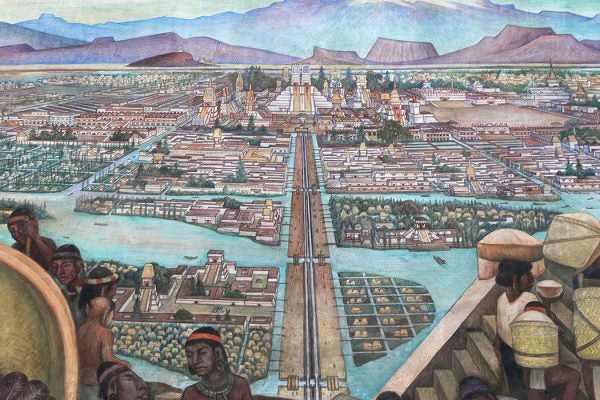